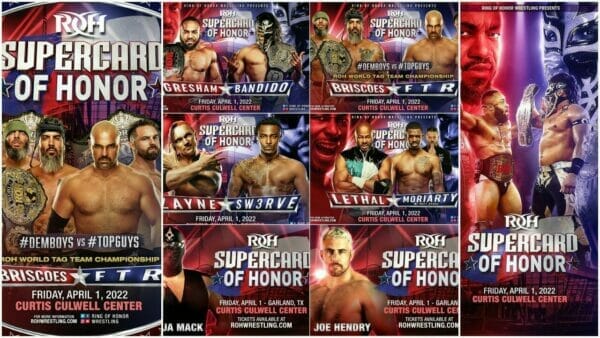 Supercard of Honor XV is an upcoming professional wrestling pay-per-view produced by American promotion Ring of Honor (ROH). It will take place on April 1, 2022, at the Curtis Culwell Center in Garland, Texas. It will be the 15th event in the Supercard of Honor chronology, and the first edition since the G1 Supercard in 2019; 2020’s planned Supercard of Honor XIV was canceled due to the COVID-19 pandemic. It will also be the promotion’s first live event after a three month hiatus following Final Battle in December 2021, as well as their first event under new owner and All Elite Wrestling (AEW) president Tony Khan.

Check out more of our ROH Podcasts!