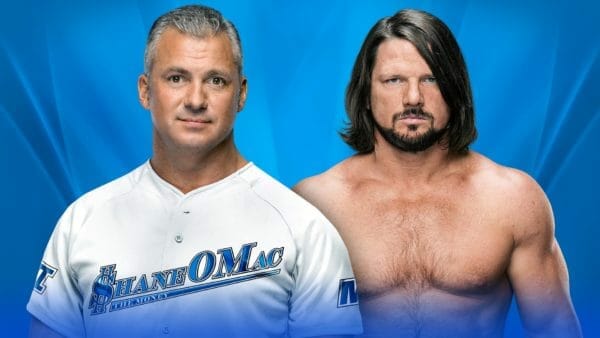 Today’s Screaming Boy is mainly Ronnie Adams and Adam Runion’s discussion on what about After Wrestlemania 33. Undertaker’s retirement. Roman Reigns falling flat for the fans. Part timer’s in the spotlight. AJ Styles vs. Shane McMahon and other matches.

Screaming Boy: What About After Wrestlemania 33

Ronnie hosts the Screaming Boy Podcast with his co-host Adam Runion. It’s a nerd culture podcast that discusses movies, tv shows, comics, video games…basically if you can be a nerd about it, they talk about it. The show started as a movie centered podcast but they decided that they had more interests and that the should be expanded. The guys have a crew of correspondents that deliver great material on every show as well.

The reason Ronnie started the Screaming Boy Podcast is that he’s always loved discussing things that he’s passionate about (as most anyone does). This gives Ronnie an opportunity to gather friends and likeminded ( and sometimes not so likeminded) people together and talk, laugh and just have a good time talking about what they love. The biggest influence in this was Kevin Smith. While watching one of his “Evening With” specials, he gave his reasoning behind making Clerks. Hit or not, he made that. He left his mark. That inspired Ronnie. Thus, Screaming Boy was born. This opened up opportunities to become friends with other podcasts and be invited into the Radulich in Broadcasting Network who also plays the show and has given Ronnie the opportunity to co-host with Jesse Starcher on Source Material.