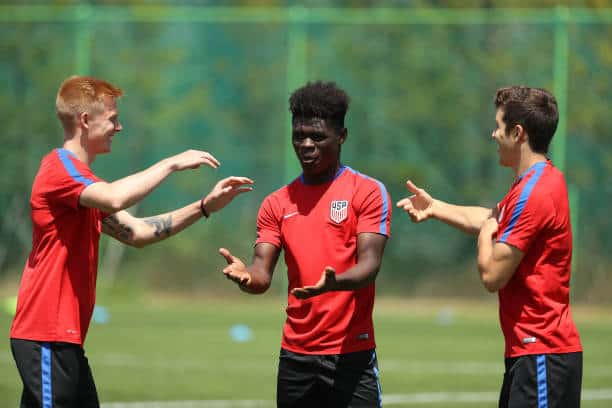 Sean Garmer and Erik Watkins keep rolling along on this episode of Soccer 2 the MAX. The guys discuss and recap the four MLS games from Wednesday night. Houston and Columbus keep winning. Orlando looks good in the mid-week. While NYCFC and New England battle in a tight one.

After that, the guys cover some news concerning Mexico’s Luis Montes possibly joining the Colorado Rapids. David Beckham FINALLY making some headway in the MLS Miami stadium situation as well.

The two talk the U.S. U-20 team blasting New Zealand 6-0. They look at the match-up against Venezuela and talk about the Senior team too.

Finally, it’s time for predictions for the rest of the MLS Week 14 games and NWSL Week 8 as well.