Space Overlords is a Action-Adventure game that is clearly inspired by the beloved Rampage franchise. What these games have in common is they are simplistic in nature but a lot fun. The whole point of these games is to destroy everything in sight. It has been a while since we have seen a “destroy all” kind of game. The last Rampage game, Rampage: Total Destruction, came out in 2006.

Developer 12 Hit Combo put their own unique take on the genre by showing the destruction of entire planets, instead of just certain cities. There are 56 story mode levels. Four playable characters. A planet editor, and even four multiplayer modes available in this game. Quite a lot of bang for your buck. Sadly, despite all of that, I was left underwhelmed with Space Overlords. 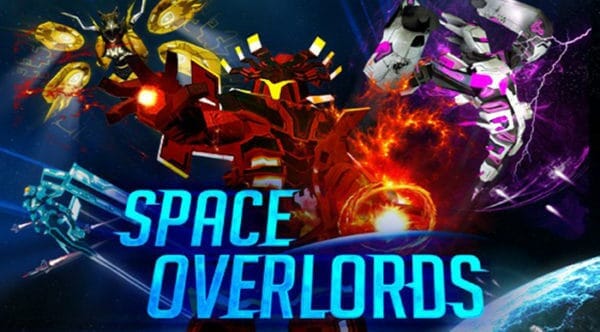 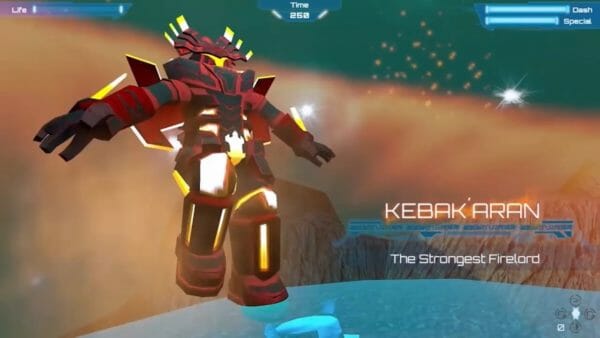 Once upon a time there were were seven Thuan Bhesaryth, AKA space overlords, which each owned parts of the universe called Initipati. One day one of the overlords Kesedihan, imprisoned the other overlords Wabak, Kebak’Aran, Terbang, Phemus, and Beruk Jahat, so that she can control the universe. For mysterious reasons the overlords were able to escape and are now seeking revenge. Their purpose is to destroy every keterhuhan planet in existence to regain back the Initipati.

If your eyes glazed over reading that description, that’s totally ok. Honestly, I am not even sure what happens in the story. The names they chose for this universe are so abstract that honestly I stopped caring about the story a quarter of a way through. I could not keep up with the characters and what they were doing. I understand the developers wanting to be unique with the plot. However, simplifying it, wouldn’t have been so bad. Especially, since the crux of the plot is one that has been used for centuries. 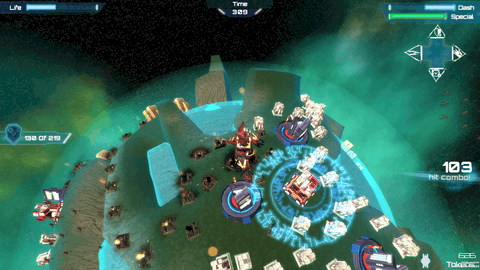 Although the game doesn’t do anything out of this world compared to other Sci-Fi influenced games, it works well in this universe. I really enjoyed the look of the overlords. It wasn’t one archetype of body for them. They each had their own distinct look and color. As for the worlds, I liked the vibrant colors that were used. The way the destruction was depicted was also very satisfying. I loved seeing all the explosions, making the game rather appealing. 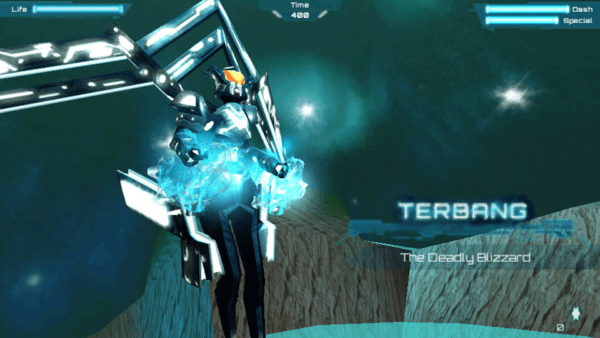 In story mode, you have the option to control four space overlords with unique abilities. Terbang uses projectiles to attack with a power ball, which travels across the level. Phemus is slow, but has four arms which deal extra damage. He also does a power beam special that lasts for five seconds. Beruk Harat does a devastating spin attack that easily mows down everything near her. Lastly, Kebak Aran has massive power beam special. My favorite character to use was Beruk Harat because her special deals the most amount of damage. There’s also an extended story mode, where you can control a few more overlords. 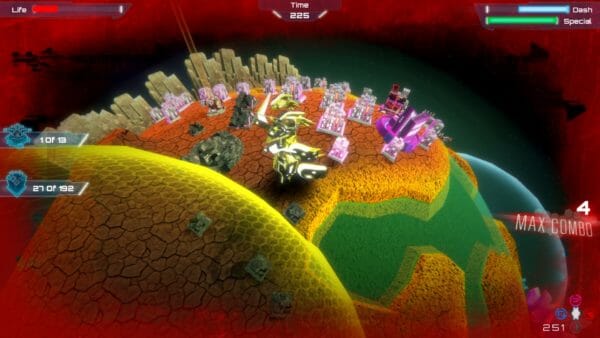 The game is simple. You can perform strong and light attacks. However, I could not tell a difference between either attack, it seemed to serve the same purpose. There’s also special attacks and the ability to sprint. The whole point of the game is to use all of these abilities to destroy every building on the planet. While also mauling over turrets and tanks. Every level has a unique twist to them. Some have spheres that either protect the areas or deal damage. While others have lava that deal damage. Objectives change as well. For some levels, you can only destroy a building with your special, or while dashing.

Even though there are different objectives, the gameplay got repetitive really fast. The simplistic nature of destroying buildings got tiresome very quickly. It doesn’t help that you have a limited move set at your disposal as well. There just wasn’t enough there to keep me engaged. 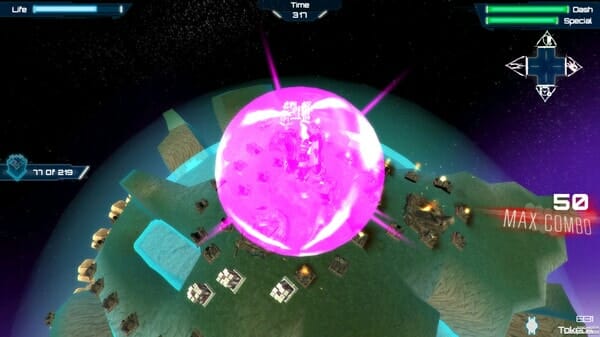 I’ve seen other reviewers comment how easy this game is on PC. I think because of this, 12 Hit Combo might have made the Vita version harder. I was having major problems with the early levels. To a point where I had to stop the game out of frustration. That being said, I recognize that this forced me to consider a strategy in every level and not just mindlessly attack. I appreciated that aspect of Space Overlord. Although, I do think the game could have benefited from a difficulty setting in the options menu. 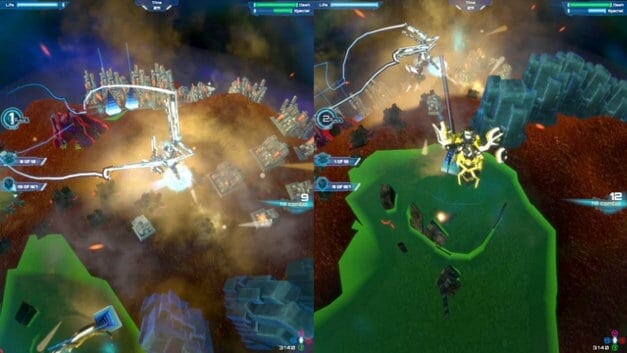 I ran into several bugs through out my time with Space Overlords. The first time I loaded up the game, it crashed on me twice. There were times where my character would somehow float over the buildings, which did not allow me to move. This forced me to have to reload the level. There’s also only one save slot for this game. So, be warned that you don’t do what I did, where I lost my 5 hours or so of gameplay because I chose new game. In this day and age, there really should be more than one save slot available.

All of that is really not a big deal compared to the egregious load times in this game. This is by far the longest amount of load time I have ever encountered in a video game. From the menu to the actual game time, it takes about a total of 2 minutes and 20 seconds to load. From when you die to a restart of the game, is around 1 minute and 45 seconds. When you beat a level, there’s about 3 minutes of load time. Needless to say, my patience wore very thin after a while. This was one of the major reasons why I could not get into the story. I had to wait so long in-between load times, I found myself skipping cut scenes, so I could just play the game.

Steady frame rate for all the action on screen

A lot of value for its price

The game has an enjoyable Look

Overall Thoughts: 3 out of 10 I really wanted to enjoy Space Overlords, but there were too many things that killed my joy. I give the developers credit because it had a decent frame rate for all of the action on screen. I also quite enjoyed the characters in the game too. But The long load times, combined with the repetitive gameplay, made playing this game a dreadful chore. Maybe the game runs better on other platforms. But I wouldn’t recommend this game on Vita.

* For the sake of transparency, a code was provided by the publisher for review purposes *