Mallory Pugh. So young. So ambitious, and evidently, very demanding.

19-year-old Pugh has announced that she is leaving the University of California Los Angeles, to pursue a professional football career.

Pugh never had a “freshman year” at UCLA, declining to head to the school due to commitments to the United States Women’s National Team. Pugh headed to the 2016 Rio Summer Olympics, and then the 2016 U-20 FIFA Women’s World Cup, instead.

She holds 22 caps and four goals for the USWNT. Because of this, her name has spread like wildfire throughout the domestic National Women’s Soccer League and even abroad. 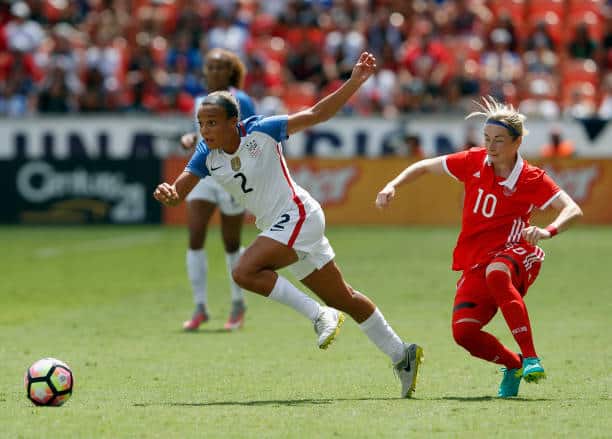 Abroad might just be where Pugh heads. According to the NWSL, the Washington Spirit has her allocation rights. So, she would have to play for the Spirit, if she decides to go to the NWSL that is. However, Pugh has been outspoken that she wants to go to the Portland Thorns FC instead.

There’s no way that Washington should trade her to Portland. Washington is struggling, as they only won their first NWSL match this past weekend (against Sky Blue FC). Pugh would be a central figure for a team, which needs an attacker badly.

However, Pugh doesn’t seem interested in going to the Spirit. Instead, she’s shopping around Europe, with French clubs such as: Paris Saint-Germain and Olympique Lyonnais. Lyon is especially interesting, due to their acquisition of Alex Morgan. Although, Morgan remains there only until the summer, as she is on loan from her NWSL club, the Orlando Pride.

First, let’s take a look at things from Pugh’s perspective. I get it. She’s 19, she wants to be with her national team friends, like Lindsey Horan and Allie Long. However, there’s another aspect Pugh should look at before buying a ticket to Portland.

Would she even get playing time?

Head coach of the Thorns,Mark Parsons, may find it hard to pass up on Pugh. However, there is absolutely no way that Parsons would bench Christine Sinclair – the captain – and Nadia Nadim – a veteran international and goal-scoring machine – just so Pugh could get some playing time. There’s no way that Pugh would be moved to the midfield either, as it’s already stacked with Long, Tobin Heath, Horan, Celeste Boureille, Amandine Henry and even Mallory Weber.

Barring some injuries, her going to the Thorns would result in little to no playing time. Meaning, it also severely hurts her opportunities with the national team as well. The standard has always been the same: if you’re playing, and playing well, you’ll more than likely get called up by USWNT head coach Jill Ellis.

Except, if you’re not playing, there’s no need for Ellis to ring the phone.

That being said, if Pugh really wants to keep her positive momentum, go play in Europe, because that’s where the best competition is.

However, if Pugh was smart, she’d stay home and play for the Spirit. Pugh has the potential to become the face of the Washington Spirit franchise. Something that may never happen with Portland. She just has to take that chance.