Super Mario Maker 2 has been out for about two months now, and I’ve had it almost since launch day.  The reason there wasn’t a review of the game at launch is that I wanted to give the various Makers time to actually make their levels and see what interesting stuff came from them. While also checking out the game overall too. Unfortunately, the first Super Mario Maker was a game I never played. Mainly because I didn’t have a Wii U or a 3DS. So, I made sure to play my fair share of this game, and while I love one side, I’m a bit stymied by another. 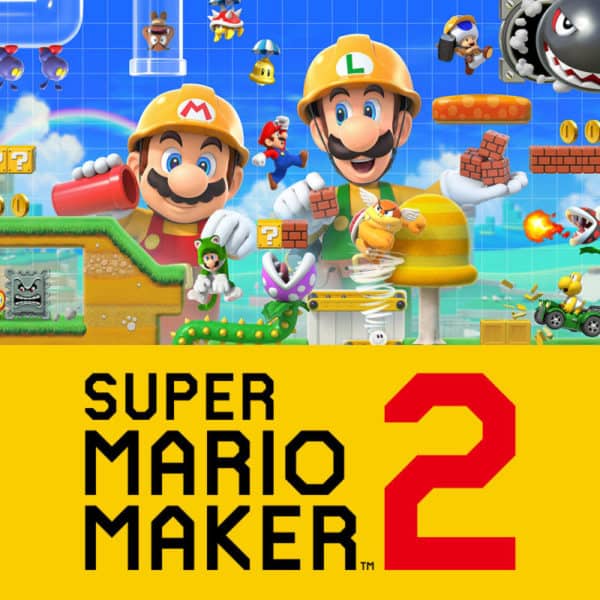 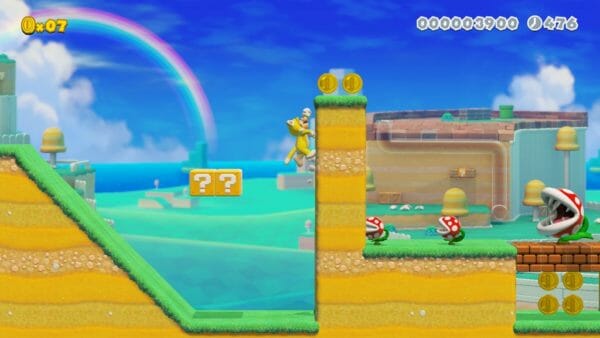 There’s two problems with this, one is a small personal one and one kind of big.  The small problem is that Super Mario Bros. 2 isn’t included.  That game may be looked at as the redheaded stepchild in the Mario franchise but it’s still a very interesting one that really changed the dynamics of what/how to play a Mario game.

The larger issue is that Mario Bros U and Mario 3D Land are nearly the same game. Honestly, I can’t tell them apart at first blush.  One has a propeller suit (Bros U) and the other has Cat Mario (3D Land), but that’s kind of about it.  There is some slightly more granular stuff like the fact that 3D Land has clear pipes or a Koopa Car, but they are like 99% the same game, at least to me.

As opposed to the first Mario Maker, this game actually has a story.  By “story” I mean a one hundred level campaign to teach you various level gimmicks and items.  The goal of the story mode is to collect coins by completing the levels. While also rebuilding the various parts of a ruined Princess Peach’s castle.  It’s not some incredibly deep thing but it does teach the basics of going through a level and some of the more esoteric items in the game. 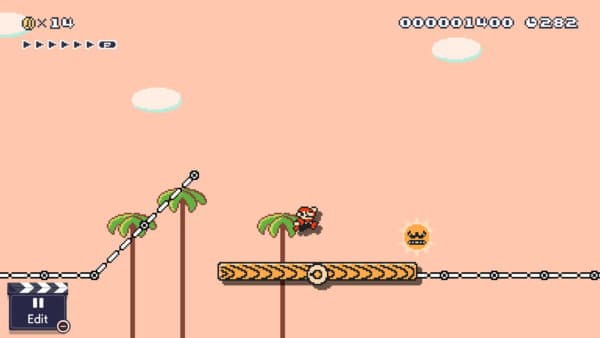 Actually playing Super Mario Maker 2 is as solid as any 2D Mario game before it. Although it does have two small caveats.  There aren’t as many cool suits in the Super Mario Bros. 3 levels (Tanooki, Frog, Hammer Bros., etc.) And the power-up reserve system is not included in the Super Mario World levels.

Aside from these two incredibly small nitpicks, everything plays great.  Mario is as responsive as ever, and playing a great Super Mario Bros. 3 level, or even the newer (and lesser) stages in 3D Land or Bros. U are fun. 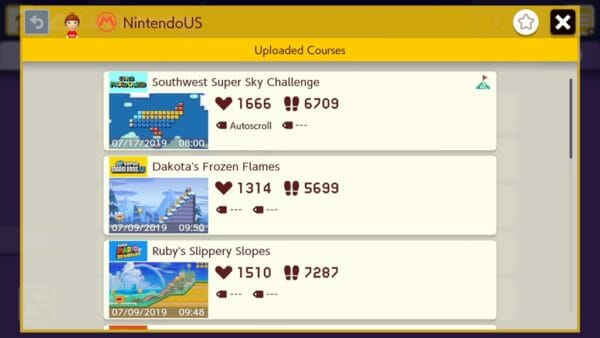 The major hook of Mario Maker is downloading and subsequently playing levels made by other people.  This all works fine.  I’m a little annoyed that you can’t play online with people you know, which is what you would want to do, but it’s not a total game-breaker.  Considering the poor performance of online play, it would likely frustrate you/your friends, as the game seemed to hitch up a lot when playing online.

However, playing and downloading levels is fine enough.  You can follow creators so you can keep up on their creations.  Sadly, with this being Nintendo, they didn’t aggregate those follows into your Switch friends list. But why adopt standards that have been in place for over a decade?

If I was to judge this game just based on playing Mario levels, it’d be an easy 9 or even 10.  However, there is the issue of creating levels and that is where it kind of stumbles. 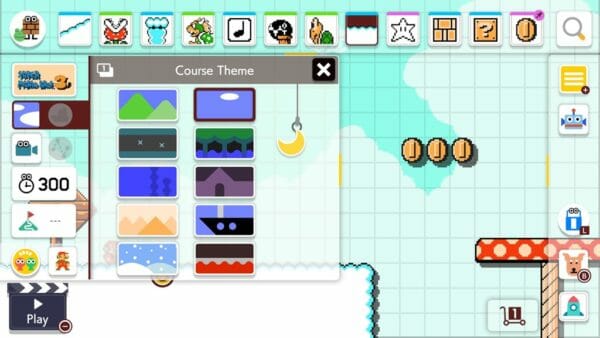 There is probably a great level editor here somewhere, but I’ll be damned if I can find it.  I’ve tried using the create mode docked, in handheld, or with a stylus (from an Android tablet) and nothing works that well.

The bigger problem is that the game shows you a tutorial that isn’t that informative.  It does explain the basic controls and a few concepts but doesn’t tie it together in a meaningful way.

Also, every control system is awful.  I can’t exactly explain why, but it’s one of the most unintuitive things I’ve ever come across.  Nothing about the gamepad stuff makes sense at all.  Hours into making levels, I was still fumbling around trying to figure out how to actually pick up stuff, or erase an object.  Honestly, playing the Dreams beta is more intuitive than this game. 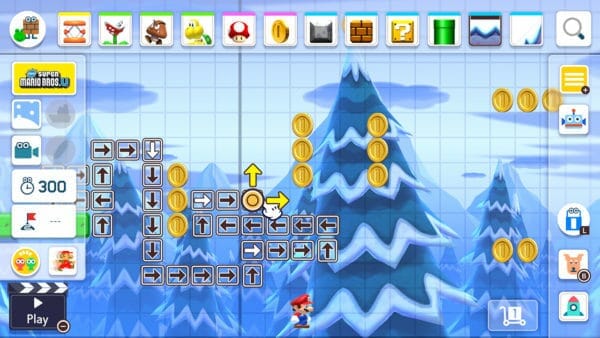 Perhaps the biggest issue is that Super Mario Maker 2 completely killed my desire to get into the creative zone. Honestly, I tend to suck at city builders or games where you create things. I do have some ideas on how to make levels but the shoddy controls really kill any and all desire for me to put them into practice.

Judging the game just on the Maker section would be a bad move.  Thankfully there’s more to this game than that because I’d probably give it a 4 on its own. Obviously other people create some damned impressive things. From musical songs to complex levels, and even some truly weird stuff. I just could never get over the hump of learning the controls and ins and outs of the editor.

If you value playing a classic Mario game, this is it.  You can play older levels, pretty much forever.  If you’re looking for something creative, this might be a harder sell.  I know some people will get into it, but I think a lot of other people (me included) will just get frustrated by the creation system.  On the whole, I did like the game but I do warn against it somewhat if you have a truly strong creation desire in mind.