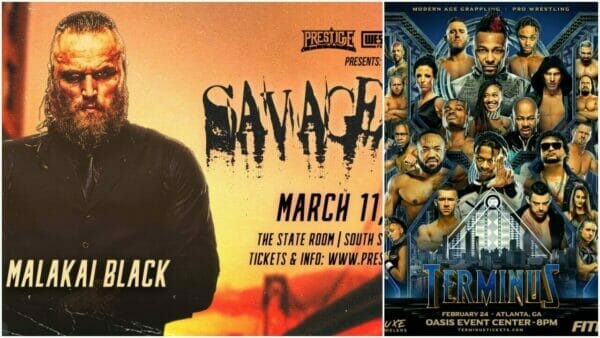 The Insiders Harry Broadhurst and Mark Radulich are back again and this time they present their Terminus 2/Prestige and WCPW Savage Mode Review!

Grammarly Ad: 39:19
Amazon Music Ad: 1:00:30
For a 30 Day Free Trial of head to Amazon Music Unlimited. Make sure you complete the sign up process. And we also have a special offer for Grammarly.