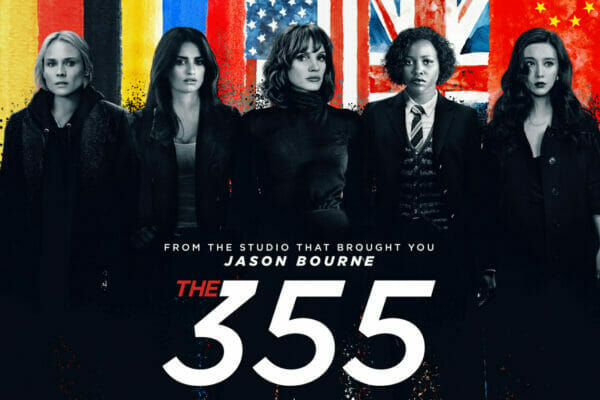 Robert Winfree and Mark Radulich present their The 355 2022 Movie Review!

The 355 (2022 Movie) is an American spy film directed by Simon Kinberg from a screenplay by Theresa Rebeck and Kinberg, and a story by Rebeck. The film stars Jessica Chastain, Penélope Cruz, Fan Bingbing, Diane Kruger, and Lupita Nyong’o as a group of international spies who must work together to stop a terrorist organization from starting World War III. Édgar Ramírez and Sebastian Stan also star. The title is derived from Agent 355, the codename of a female spy for the Patriots during the American Revolution.