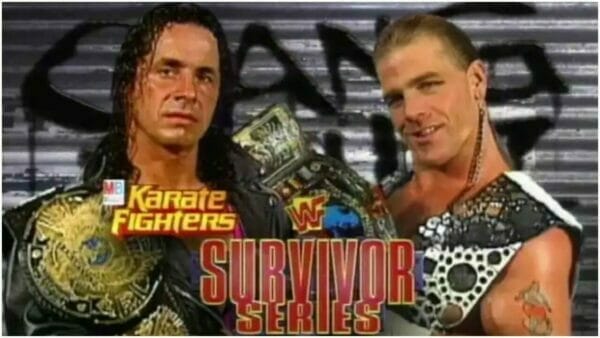 The Montreal Screwjob (also called the Montreal Incident;French: Le Coup Tordu de Montréal lit. Montreal’s Twisted Coup) was an infamous unscripted professional wrestling incident that occurred on November 9, 1997. It went down at the Survivor Series pay-per-view at the Molson Centre. Vince McMahon (World Wrestling Federation owner) and his employees covertly manipulated the outcome of the match between Bret Hart, the reigning WWF Champion, and Shawn Michaels. The manipulation – a “shoot screwjob” in professional wrestling parlance – occurred without Hart’s knowledge and as a result he lost the title to Michaels in his last WWF match before departing for rival promotion World Championship Wrestling (WCW). The “screwjob” is generally believed to be an off-screen betrayal of Hart, who was one of the WWF’s longest-tenured and most popular performers of all time.

Check out more of our WrestleMania Podcasts!