Lana joins Paige, Nattie and Renee Young at a table backstage. Renee and Paige immediately bail because they don’t have time for her wedding nonsense. Lana has a million ideas, including something about a circus. So it’s a circus country beach wedding. Then, they put over the size of Rusev’s penis.

Renee and Dean Ambrose play in the pool. This segment last five seconds and accomplished nothing except seeing Renee in a bikini.

Highlights of Big Johnny Bella appearing on the RAW prior to the draft. Naomi explains the brand extension to us. Thanks, Naomi.

Nattie talks to Summer about Lana’s wedding. Then, she talks to R-Truth about the wedding. Truth tells Nattie to do a bad job so she gets fired. Natie, of course, loves this idea.

Renee discusses her plans to go on a trip with Brie and Bryan. Lana and Nattie wonder why Dean isn’t going. And Renee is like, “cause he just wants to stay at home.” Also, Sami Zayn hates Instagram. 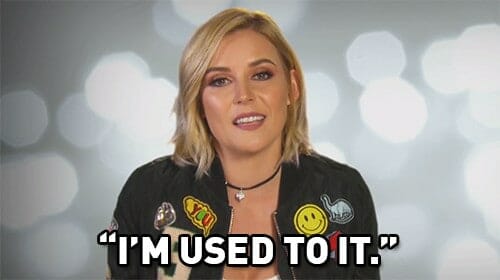 Brie and Bryan go to brunch. They discuss ovulation and having a baby.

Paige meets with Mark Carrano. She talks about doing physical therapy and not doing surgery. SO MANY MINOR SCENES THAT FEEL POINTLESS AND DON’T HAVE A CHANCE TO SINK IN!

Brie, Bryan, and Renee head to a cabin in the woods. Brie’s cousin is pregnant and Brie is fake happy, but really pissed. Renee tells her not to worry. Just keep having sex and it’ll happen.

Nattie and Lana go dress shopping. Nattie picks up some ugly dresses. Lana hates them. JUST TELL HER YOU DON’T WANT TO DO THIS AND QUIT WASTING HER TIME! 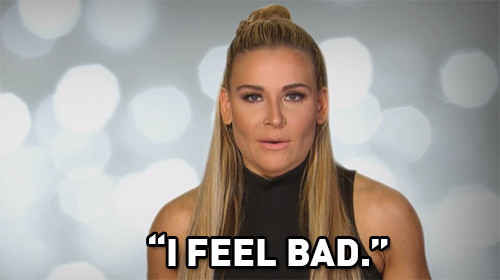 Renee discusses the brand extension with Brie and Bryan. Renee is worried that they are going to split her and Dean.

Paige meets with someone. Nothing happens. But the dog appears, so I guess I owe someone five bucks.

Brie and Renee stick fight. Renee wins and then has sex with a fake princess. Renee is disappointed that Dean isn’t there. They join up with Bryan in a cornfield. He tells them about his offer from WWE but doesn’t know any details. Brie asks some questions, Bryan has no answers. At least we know where Bryan was when they offered him the GM job.

Paige is still worried about her neck/shoulder. She tells Alicia that she may have to get an MRI. That’s the scene.

Lana invites Maryse to eat cake with her and Nattie. They get a tour of the bakery. Nattie suggests vanilla, even though she knows Lana hates vanilla. STOP IT! Lana excuses herself from the cake testing. Nattie and Maryse talk about how crazy Lana is and Nattie reveals her plan to Maryse. UGGGHHHHHH. All three of these ladies are unbearable right now. Lana needs a real wedding planner, Nattie needs to stop wasting her time, and Maryse is just kind of there.

Brie and Renee discuss Bryan potentially going back to work and how that’s going to ruin their baby making plans. “Are we ever just gonna be normal?” No, Brie, you’re not. Cause you’re in the wrestling and reality show business. The two least normal things in the world. You may be President one day, though.

Renee talks to Dean. Renee says they need to travel and spend more time together. Dean surprises her with a trip to Big Sur. Renee is happy. Dean also used, “settle your tea kettle.”

Paige heads to her MRI. She gets the MRI done and that’s the scene.

Paige talks with Nattie and Naomi about her injury. They show support for her. I have nothing to make fun of. The injury is serious. Would really like to see more Alberto Del Rio stuff, though. Cause I can make fun of that.

Brie and Bryan discuss their future. Bryan asks Brie, “do you not want me to take the job?” Brie of course wants him to take it. Bryan says they’ll make it work and they’ll still have kids. A normal, rational couple. I love these two.

Paige meets with Carrano about her MRI results. The results aren’t good, and Paige is disappointed. 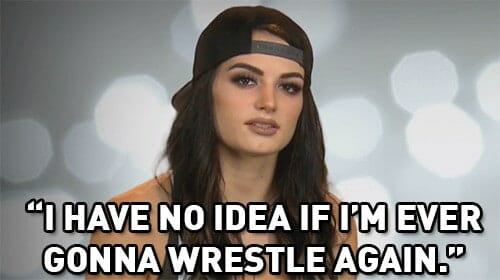 Brie meets Bryan is Orlando, where Bryan is doing commentary for the CWC. Bryan is so happy. Brie is happy for him. YAY!