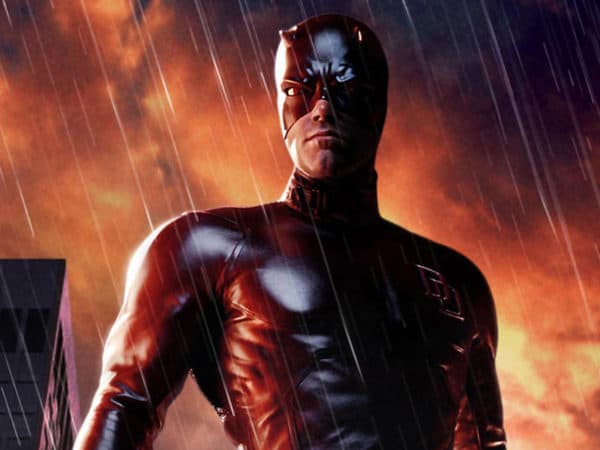 Sean Comer and Mark Radulich put the 2003 Marvel/Fox version of Daredevil, On Trial! Daredevil is a 2003 American superhero film written and directed by Mark Steven Johnson. Based on the Marvel Comics character of the same name.

The film stars Ben Affleck as Matt Murdock, a blind lawyer who fights for justice in the courtroom and on the streets of New York as the masked vigilante Daredevil. Jennifer Garner plays his love interest Elektra Natchios; Colin Farrell plays the merciless assassin Bullseye; David Keith plays Jack “The Devil” Murdock, a washed up fighter and Matt’s father; and Michael Clarke Duncan plays Wilson Fisk, also known as the crime lord Kingpin.