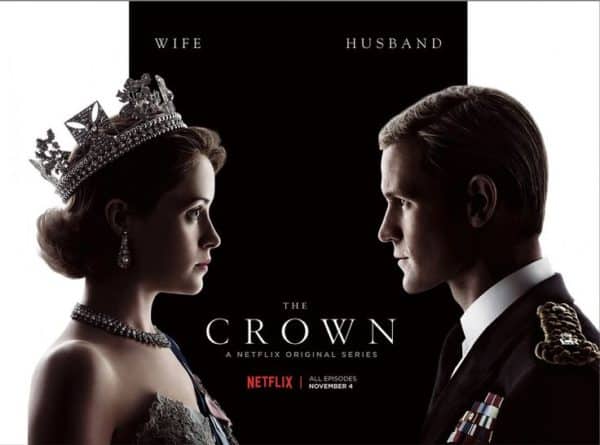 Andrew Graham joins Mark Radulich on TV Party Tonight, to talk about another fantastic Netflix original, The Crown. The Crown is a biographical drama television series. It’s created and written by Peter Morgan and produced by Left Bank Pictures and Sony Pictures Television for Netflix. The show is a biographical story about the reign of Queen Elizabeth II of the United Kingdom.

The first season covers the period from her marriage to Philip, Duke of Edinburgh in 1947 to the disintegration of her sister Princess Margaret’s engagement to Peter Townsend in 1955. Crown evolved out of Morgan’s 2006 film The Queen and 2013 stage play The Audience.

The series is intended to last 60 episodes over six seasons, with 10 one-hour episodes per season, covering the Queen’s entire life, and with new actors being cast every two seasons. Claire Foy portrays the Queen in the first two seasons, alongside Matt Smith as Prince Philip and Vanessa Kirby as Princess Margaret.

Filming for the series takes place at Elstree Studios in Borehamwood, Hertfordshire, with location shooting at various locations throughout the United Kingdom. The entire first season was released on Netflix on November 4, 2016. While the second released last week on December 8, 2017. The series has received several industry nominations and awards, including winning Best Actress and Best Actor at the 23rd Screen Actors Guild Awards for Foy and Lithgow, respectively, and receiving thirteen nominations for the 69th Primetime Emmy Awards.