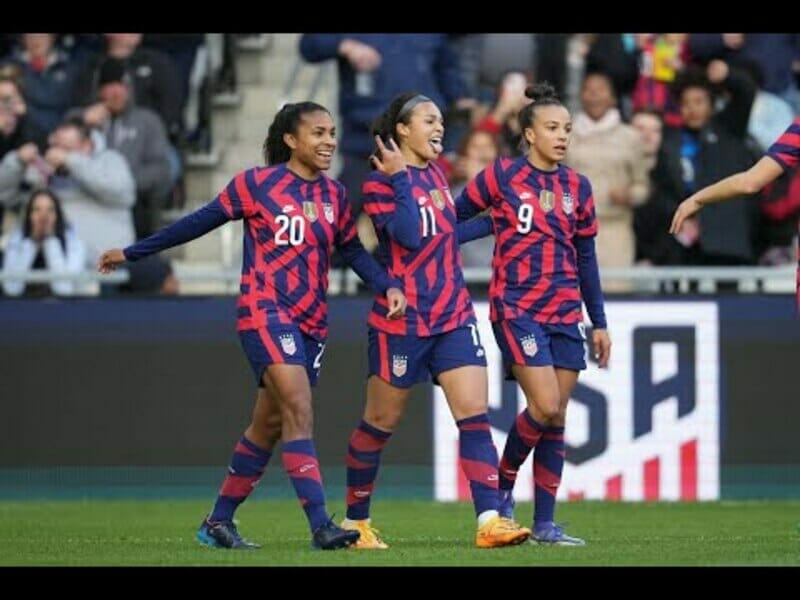 There is just so much to talk about on this midweek edition of the Pod, as the CONCACAF Champions League Final is set with two longtime stalwarts of the respective leagues, Pumas U.N.A.M. vs. Seattle Sounders FC. Oh yeah, and the USWNT scores 18 goals in two games…there’s that.

However, the UEFA Champions League is what has grabbed the biggest headlines with some superb games, a major upset, and even some actual fighting too.

The United States Women’s National Team finish possibly their last window of victorious friendly matches with an 18-1 (9-1 and 9-0) over Uzbekistan. Can the young team take that forward into the upcoming CONCACAF W tournament in July?

Speaking of, the field is now complete and all of the squads now know who will compete in Mexico to determine who winds up representing CONCACAF in the 2023 FIFA Women’s World Cup. Who could deliver a surprise? Is there a chance for any upsets? Or will it remain as you expected?

There’s also the verbal agreement with Manchester United and Erik Ten Haag, Gio Reyna is injured again and is out for the rest of the club season, New England’s freefall in MLS, and the announcement of a FIFA streaming service too.