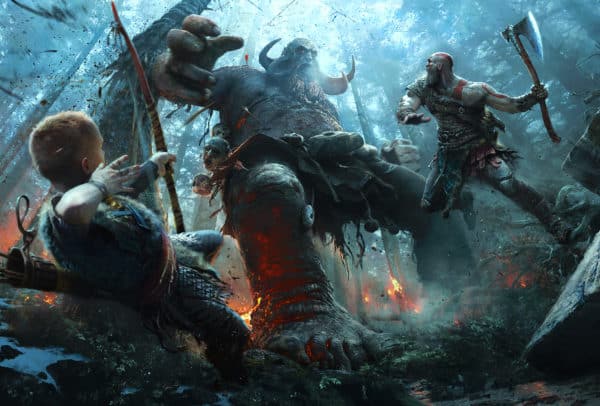 On this episode of Video Games 2 the MAX, Sean Garmer and Marc Morrison talk a lot more than just about Games for this one. They bookend the show talking about two huge releases.

First, Marc discusses all his thoughts on God of War without spoilers. Talking about Atreus‘s role, the relationship between him and Kratos. How much Norse mythology really is in the game, combat, and more. Plus, more on the Persona 5 anime, and their continuing trek through Dragon Ball Z with Sean making it all the way to the Cell Games.

After that, they get into the news. The Witcher Netflix series has an episode number and release window. The Division and Doom movies have developments. Nintendo has a new President, what could it mean for the company’s direction? Persona 5 Dancing All Night gets cool DLC. While Dragonball FighterZ gets more new fighters too.

The guys also talk about Netflix rising the ranks, Amazon Prime upping the price, Ash vs. Evil Dead being canceled and more.

Finally, they discuss Avengers: Infinity War at the end. What did they like? What they didn’t? What to expect in Avengers 4?