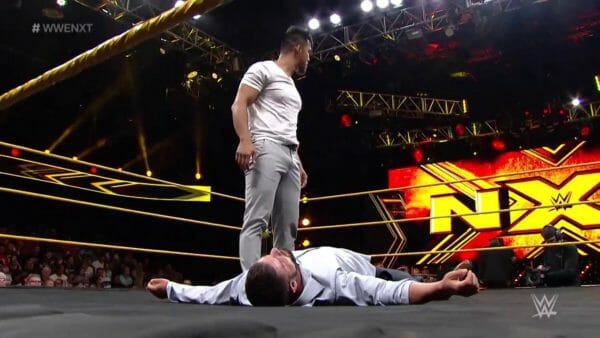 Where Gary Vaughan (@W2Mgary) and Paul Leazar (@hailtothechimp7) discuss all the events that transpired on this week’s WWE NXT. Kassius Ohno main events the show against Andrade Cien Almas. NXT TakeOver Chicago gets a ton of hype. Drew McIntyre continues to dominate anyone and everyone put in his path. We talk about it all in this WWE NXT Review!