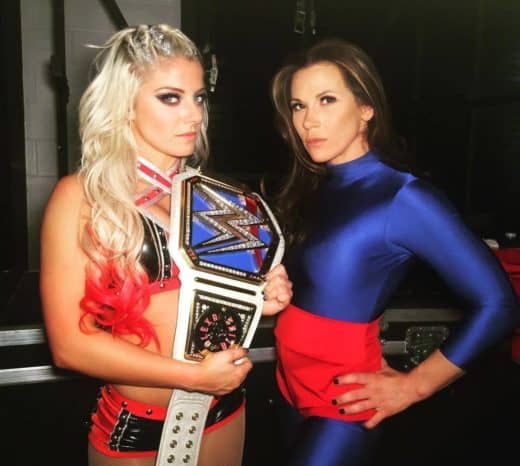 Welcome to the Wrestling 2 the MAX WWE Smackdown Live Review

Where Sean Garmer (@W2MSean) and Paul Leazar (@hailtothechimp7) discuss all the events that transpired on this week’s WWE Smackdown Live. The guys also have a rotating third guest host. It could be someone familiar, or a totally new voice ready to lend their talents and give their thoughts on this WWE show.

This week, Sean and Paul go solo. So, join the guys, as they discuss the continuing feud between John Cena and AJ Styles. How does The Miz get involved? Dean Ambrose vs. Randy Orton. The First Smackdown Women’s Main Event and the shocking ending too. Plus much more from this week’s Smackdown.

Wrestling 2 the MAX tries to covers everything from WWE, NXT, TNA Impact, and ROH to other global entities like Lucha Underground and New Japan Pro Wrestling. This show comes to you twice a week and is informative, fun, and meant for every kind of pro-wrestling fan out there. Wrestling 2 the MAX airs live on early Tuesday and Friday mornings at Midnight EST (on Spreaker.com). Then is available immediately after airing on-demand via I-Tunes, Stitcher, Tune-In Radio, Youtube (Via W2M Network) The Spreaker App and other podcast hosting locations. W2M also has a Facebook group you can join. Listeners can follow them on twitter @W2MSean, @W2MGary, @hailtothechimp7 or the entire network @W2MNetwork.