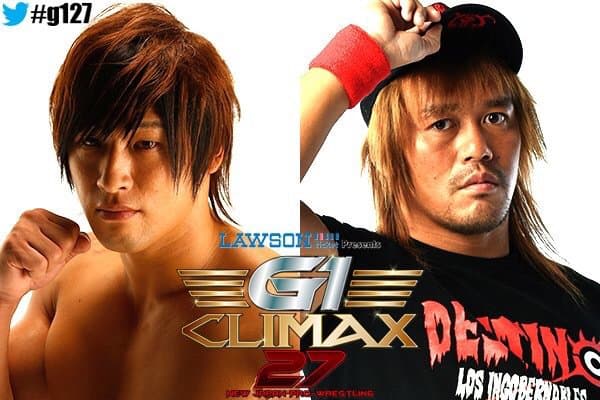 On this Wrestling 2 the MAX episode, Sean Garmer (@W2MSean) Gary Vaughan (@W2mgary) and Paul Leazar (@hailtothechimp7) give their thoughts on the G1 Climax 27 blocks and main events. Analyze Ring of Honor’s Best in the World 2017 event.

First up is quick hits. Could Tyson Kidd be back in the fold at WWE? Is Eva Marie preparing a comeback to WWE? How much of a big deal is Io Shirai’s neck injury? Not to mention, the information is out on how the Mae Young Classic is airing, and who are the announcers. The guys also elaborate on a few other things too.

Then, Sean and Paul discuss the G1 Climax 27 blocks. Then, they go in-depth on the main events announced as well. If it means anything about what could happen at the NJPW G1 USA Special shows. Could SANADA, Kota Ibushi, or EVIL be primed for a big tournament? Is it time for Naito to get another trophy? Or is Kenny Omega taking it yet again? Where does Zack Sabre Jr. Fit in this? The guys cover all of that.

After that, Gary and Paul go through and analyze just what happened at ROH Best in the World 2017? How do they feel about the Cody Rhodes title win? Is he primed for more? Plus, the latest ROH TV is covered too.

You can also listen to any W2M Network podcast on W2Mnet.com, or by subscribing to Wrestling 2 the MAX or the W2M Network on I-Tunes, Stitcher, Tune-In Radio, Google Play, Youtube or anywhere else there are podcasts.