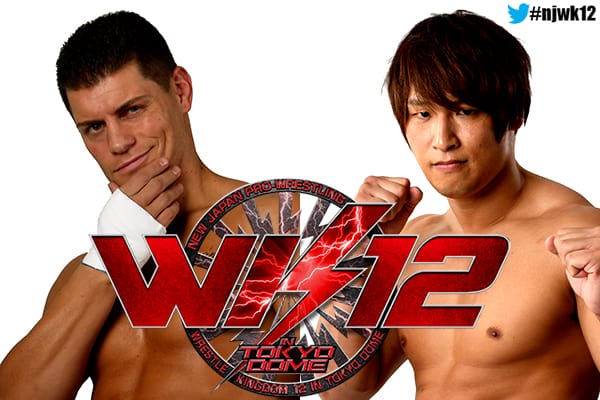 On this Wrestling 2 the MAX episode, Gary Vaughan (@W2mgary) and Paul Leazar (@hailtothechimp7) come together to talk about everything going on in the world of pro wrestling. Unfortunately, we’re without Sean Garmer, but we’ll be sure to get his thoughts on Wrestle Kingdom down the line.

The guys waste no time in diving into New Japan Pro-Wrestling Wrestle Kingdom 12. The guys review all the matches and give their thoughts on several different aspects of the show.

Then, they talk about some wrestling news in Quick Hits. Mount Fiji from GLOW sadly passed. Some Mixed Match Challenge teams for the WWE are talked about, and tons more!

The guys review the latest episode of Impact Wrestling. Lots of titles are up for grabs. Plus we get to see clips of Eli Drake & Alberto El Patron matchup from WrestlePro!

Finally, the guys name their first Superstar of the Week for 2018. Who started the year off right in our opinion?