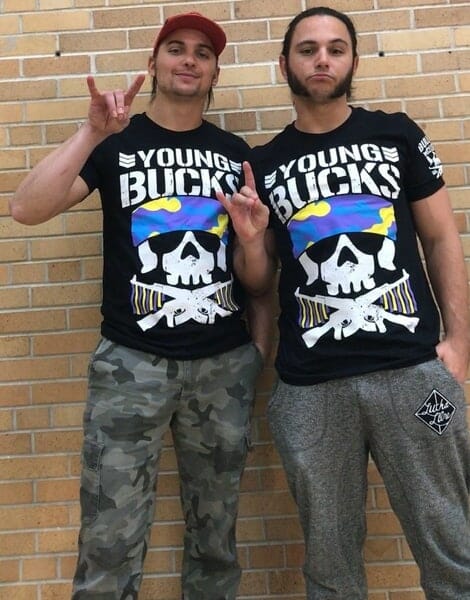 On this episode of Wrestling 2 the MAX, Gary Vaughan and Paul Leazar come to talk about the things happening in the world of pro wrestling without Sean once again! You all know what that means…

First off, the guys talk about some wrestling news in Quick Hits. The Young Bucks have been served another cease and desist by the WWE. This time, it’s over the “Too Sweet” hand gesture. Plus, Paige might be back as soon as next month, the WWE is thinking about bringing Kaitlyn back, and New Japan is bringing back it’s Young Lion’s Cup tournament! We talk about this, and so much more!

Then, the lads dive into the first episode of the four part Ultima Lucha Tres from Lucha Underground! If we aren’t going to get another season, Lucha seems hellbent with this episode to make it an ending worth talking about!

Then, Gary and Paul dive into Ring of Honor’s Death Before Dishonor PPV, and their latest episode of RoH TV. Who held onto their championships? Who won the Honor Rumble? What does the landscape for RoH look like going into the future? The guys discuss all of that here.

Up next, GFW’s Victory Road special of Impact Wrestling gets covered. Johnny Impact takes on Eli Drake for the World Title! Plus, oVe takes on LAX for the Tag Titles, and so much more!

Finally, the guys crown a Superstar of the Week. With such a stacked week of action, who took home the points this go around?