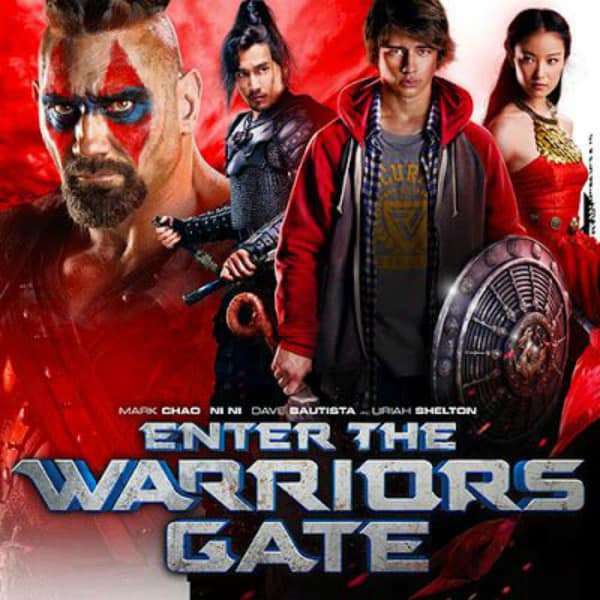 Thanks to Katrina Wan PR we were able to not only receive a special screener of the film Enter the Warriors Gate, but also conduct a 15 minute interview with lead actor in the film, Uriah Shelton.

The film itself is directed by Matthias Hoene and written by Luc Besson and Robert Kamen. It also stars Mark Chao and Ni Ni.

Here is a trailer for the film…

The film is also available to order through DIRECTV, most video on-demand services, such as Google Play, I-Tunes, Vudu, Youtube and digital HD.

The following is the full interview Daniel Anderson and myself conducted with Uriah Shelton. 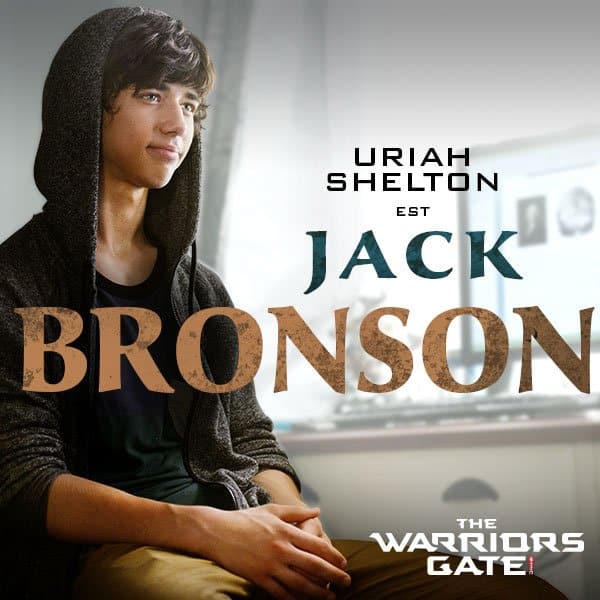 Question 1: Since Enter the Warriors Gate and our website both have a tie-in to video games. Do you have a favorite video game, or certain games that you like to play regularly? 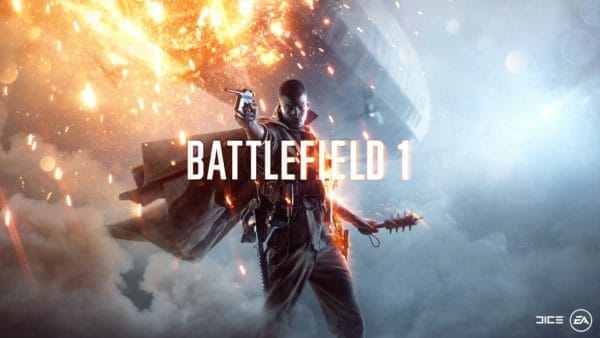 Uriah Shelton: “I’m not a huge gamer, I’m a pretty active person. If I’m sitting down for two hours, I’m more about hanging out. Some of the only games that have been able to grab me, are: Battlefield 1, Far Cry 4 and Far Cry: Primal. And… Grand Theft Auto.”

“My favorite kind of games are open world games. You’ve got these massive expansive maps that let you roam free. That’s kind of my personality, I’m a big roamer, and I like playing games that let me do that virtually.” 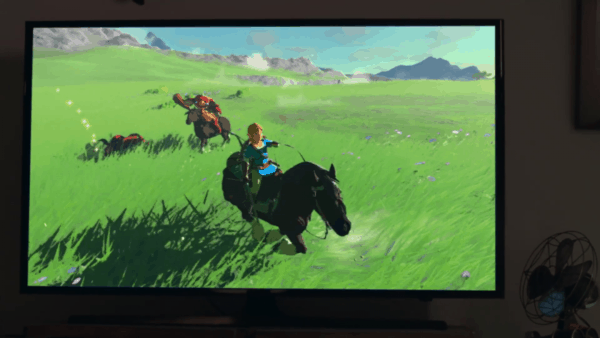 Uriah Shelton: “I have not been able to, you know what? Actually, I haven’t played Zelda in a long time. Probably in about 10 years.”

“I have some friends that are pretty into it. I’ve been considering trying it again, I just haven’t had the opportunity yet. But when that opportunity comes by, you can bet I’m going to play it.”

Question 3: So, I see that you grew up with a little bit of martial arts background. Did that help you with doing the stunts and fight scenes in the movie? 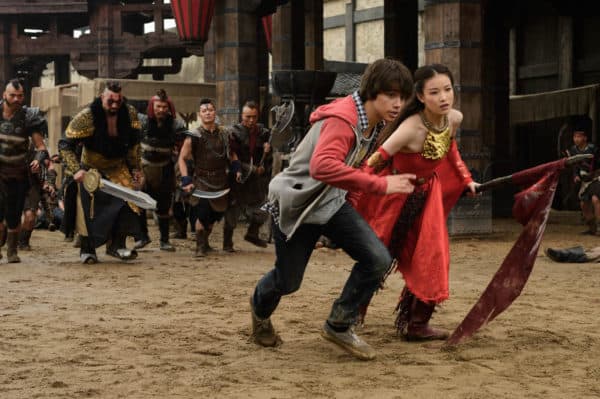 Uriah Shelton: “Absolutely, having background experience helped in filming the movie. Training was very difficult. We had about three weeks of training for the movie. that were just grueling. Ni Ni and I, were very dedicated to it. We could barely walk after our first few training days.”

“They beat us down, but it all worked out for the action in the movie. I haven’t seen the finished movie yet, but from what I’ve seen, it looks killer.”

Question 4: From watching it, the action scenes flow really well and there aren’t a lot of cuts in them. It looks like the actors are doing the fighting, instead of an obvious double in there for them. 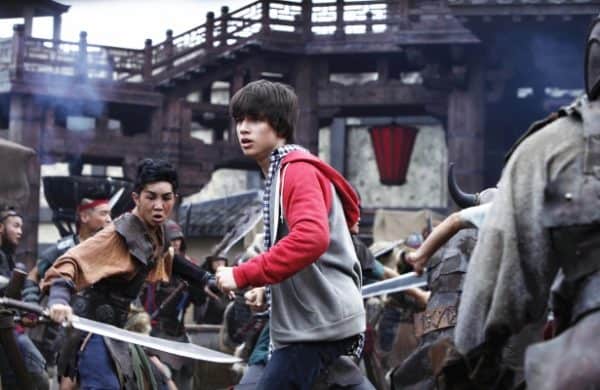 Uriah Shelton: “We did most of our stunts for the movie. I did most of mine. Our stunt crew were the most professional and pretty cool guys to work with.”

Question 5: So, you worked a lot on TV shows (Girl Meets World and others) previously, how does that compare to doing movies? Especially one that required a lot of work from you, physically and emotionally.

Uriah Shelton: “I prefer it, don’t get me wrong, I love TV shows. It’s on a set schedule and you know it’s going to come out the next week. However, I’m a guy that can appreciate chaos, just as much as the order. You know, I gotta have a little bit of yin in my yang.

“So, With movies it’s kinda like that, you gotta hustle and get all your shots done. Because you only have a small amount of time to film, and you have to meet all your deadlines.” So, kinda having that driving force behind it, picks up the momentum of the show and gets everybody excited, You know, it gives everybody that energy that kinda stagnates on a TV Show.”

“So, I love filming movies, and I do love filming TV shows. But, it’s like comparing apples to oranges. They are two different kinds of media forms and they both have their perks and downsides. I think my favorite is movies.”

Question 6: Since Batista was in this movie, are you a fan of professional wrestling at all? Have you watched it before? 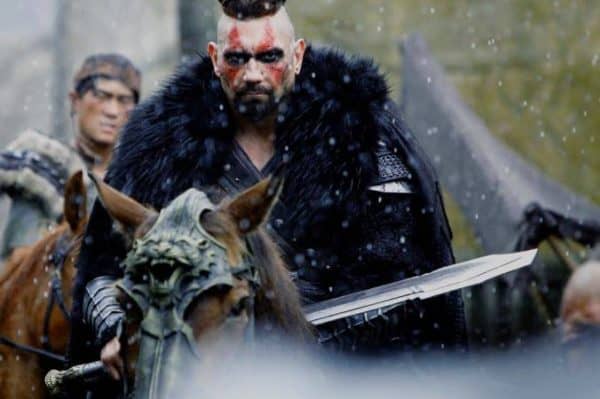 Uriah Shelton: “No, I’ve never watched professional wrestling. I was a competitive fighter for a while though, and Dave was a fighter in MMA. So, I definitely knew who he was. But, I never really knew much about him. So, I started looking him up, before I met him, and then I found out how big he was as a wrestler.”

“Then, just meeting the guy and seeing how down-to-earth he is and how he is such a kind hearted person, I was not expecting that whatsoever. He caught me off-guard. I mean, he loves animals, he was the kindest and sweetest person to everyone on set. This is a guy that is absolutely massive and… he’s such a big guy, but he has so much going for him. Specter to Guardians of the Galaxy to WWE and for him to maintain a level head, despite having all that success, is one of the most impressive things I’ve seen as an actor.”

“I mean, a lot of people get caught up in a lot of things, he’s just such a good person and I can’t speak highly enough about him.”

Question 7: The director has said that he (Dave Bautista), is really funny and wanted to have a role where he could be funny. Did he make you guys laugh a lot on set?

Uriah Shelton: Oh, the entire filming process was great, we would mess up so many things that we would wind up laughing through each one. I’m pretty sure the blooper reel is gonna be longer than the movie. It makes sense, I kinda have that feeling because he’s such a big guy, and so menacing, he automatically gets typecast as the super serious big hero or the super threatening bad guy.”

“So, I definitely understand him pursuing the opportunity to do some comedy. I mean, he made me laugh. I think he’s good, and it shows how good of an actor he is.

Question 8: So, you mentioned, not really knowing the language, but it was still a good time filming. However, how is it growing up in the United States and then going to film in another country? How was that experience?

Uriah Shelton: “Honestly, in the beginning it was pretty rough. I had to leave all of my friends, I had a girl that I liked, just leaving home, it was really rough at the beginning. I didn’t know anybody, I didn’t speak the language, the food looked completely different, I had no idea where I was geographically, because I’d never been to Asia before.”

“But I kinda got my feet under me, I became friends with Ni Ni and Mark, from doing the film, and I’d go out and hang out with the stunt guys afterwards, as soon as, you know, I got over the culture shock and the fact that being so far away from home, that I knew I would be for such a long time. I started understanding the fact that, you know, this is what I’m doing. The whole situation got a lot better. By the end of it, I didn’t wanna leave.”

Question 9: I know you probably didn’t have a lot of time to go sight seeing, but did you see anything in China that leaves you with any great memories?

Uriah Shelton: “You know, I have traveled all over Europe, I’ve been around, and when I was in Europe I was on vacation and I went sight seeing and saw the Colosseum, the Trevi Fountain, the Vatican. The entire vacation was just so packed in, my itinerary was so full, it didn’t really feel like a vacation. You were running around so much and just kinda keeping on schedule.” 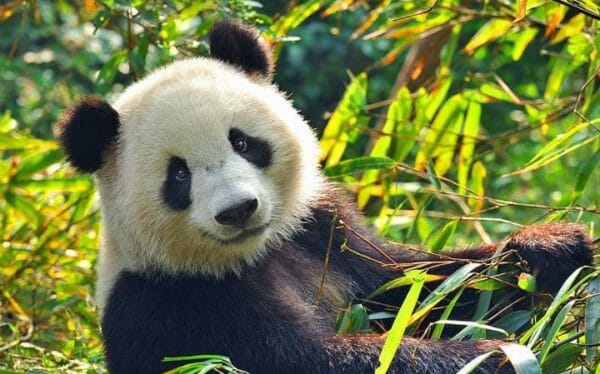 “But what I did get to see was, the actual people that live there. You know, because we were filming in these rural towns, in these small communities. The heart of China. You go to China and see the Great Wall, and yes, it’s iconic, but getting to connect with the people and understand the culture, that was amazing. It was absolutely beautiful, to be immersed in somewhere I’ve never been to, and never experienced before, somewhere I’ve always wanted to go. Even though I didn’t get to do a lot of tourist stuff. I definitely go to do a lot of stuff most people wouldn’t be able to do. So, I definitely lucked out there.”

Question 10: Any funny stories or memories from set? Anything that makes you laugh as you think about it now? 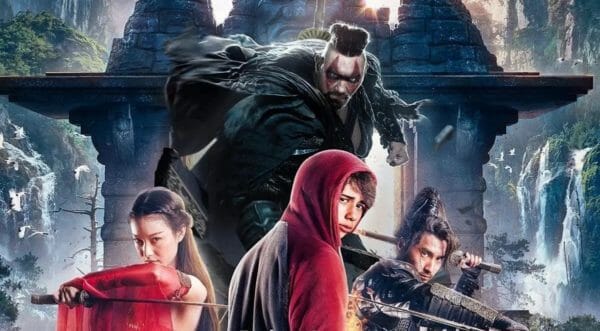 Uriah Shelton: “Yeah, it was really funny actually, Mark and I both ended up in the hospital filming Enter The Warriors Gate. Mark broke a rib and I ended up slicing my arm open. We were both recovering from our injuries, while we were filming, and we were standing around one day, we have our backs faced to the “hangman’s platform” where he and I have neutral ground on it.”

“So, we are just standing there, talking, ‘you know, I wonder what’s gonna happen next, I wonder who’s gonna get hurt next.’ And then next thing you know, we just hear a thud and we start laughing because we know someone got hurt, and we turn around, and our director, fell through that platform. He wound up with a concussion.”

(we should note that Uriah’s laughing himself, as he’s telling this story)

“Well, the reason it was funny, I mean, it kinda sounds like a dickish thing to laugh over someone getting hurt, but we’d all been to the hospital by that point. I mean, it just killed us, we were dying laughing. Ha ha ha I’m laughing now, holy crap! But yeah, that was probably one of the funniest things.”

Daniel chimes in: I mean, it’s always funny, as long as they are ok, like “are you ok?” Ok then, and then you laugh.

(He laughs some more, and then the interview ends right there, pretty much, after exchanging thank you’s.)

We’d like to thank again, Uriah Shelton, Katrina Wan PR and everyone else that helped make the interview possible. We greatly appreciate this opportunity.

The audio version of the interview is embedded below…