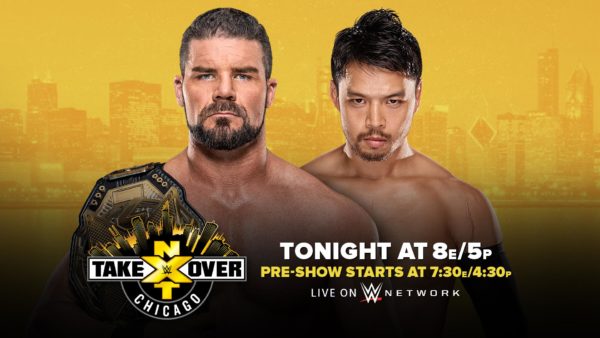 NXT once again plays the role of warm-up act for a WWENXT Takeover Chicago taking place before the Smackdown Live exclusive event WWE Backlash 2017 Considering the crowd they are in front of for this show, it could be an electric night. The Authors of Pain are the only pure WWE Performance Center product on the card as well. Every other wrestler on the show is from the WWE UK show, or a signed indy star. Nevertheless, they all combine to create a pretty eclectic event. This is our NXT Takeover Chicago Preview & Predictions. 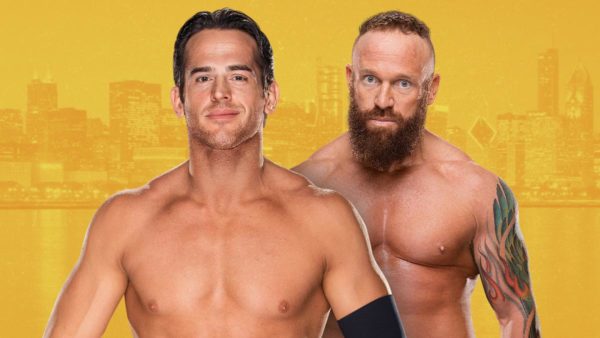 The Messiah of the Backbreaker seems primed at the big title pretty soon, if not in Brooklyn. So, you’d think this is an open and shut choice. However, Eric Young is the leader of SAnitY, the one big stable in NXT. Him losing isn’t a total given.

Roddy has great matches with everyone and EY gets a bad wrap a lot, but the man can work. I wouldn’t be surprised to see one of the other SAnitY members cause a disqualification, which would still get Strong a win. I’ll just say he gets the outright victory though here. – Sean Garmer

Bate now prepares for a UK Tourney final rematch against Pete Dunne. While certainly promotion for the imminent WWE UK show is on the mind, there’s also the practical nature of having a title match where a belt may change hands. Bate is a wonderful face for the show, but kicking it off with a super heel like the Bruiserweight Pete Dunne may be more tempting. So, I’m gonna join my comrades and say that there’s gonna be a new champion. – Sean Garmer

Other Staff Member Predictions: Everyone else also picked: Pete Dunne. 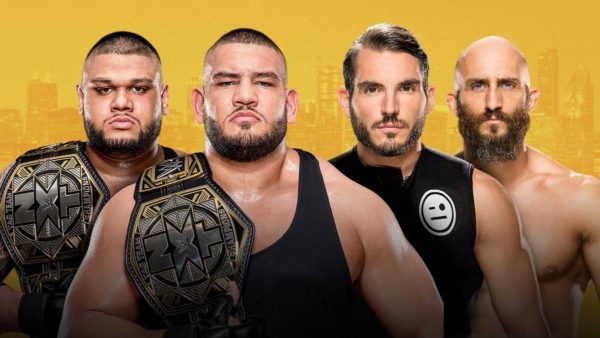 How many wrestlers out there would want to face the apocalyptic behemoths known as the Authors of Pain? An even better question, why? #DIY is the team to answer that question. There’s one thing no one questions. This is the determination, heart and support Johnny Gargano and Tommaso Ciampa have in their quest to reclaim the NXT Tag titles. However, in Akam and Rezar, NXT has two monsters that run through and demolish anything in their path. Although, I’d love to personally see DIY pick up the belts again. This feels like some more destruction and another successful title defense for the AoP. Maybe there’s even some dissension between Gargano and Ciampa too? – Cedric Colon

Other Staff Member Predictions: Everyone else also picked: Authors of Pain. 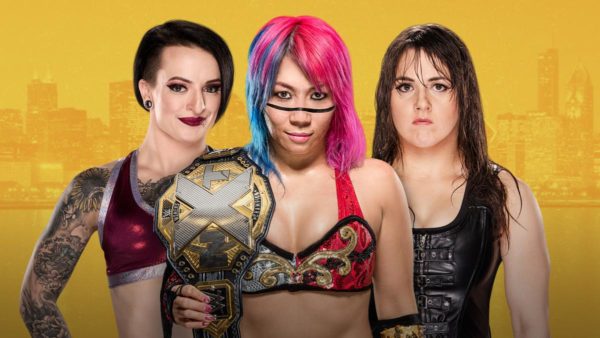 Man, the Berwyn Eagles Club looks different. Even if all four of the original advertised superstars were in the match, nothing would be different. Mainly because all four started in Shimmer, which is an amazing thing. Asuka has been untouchable since her debut. She still has yet to lose in any form. Not even being the third wheel in a triple threat. And, quite frankly, why stop now? Although, I hope I’m wrong.

Ruby Riot needs a minor miracle here if she’s going to pull off the win. Even beating Nikki Cross would be a shocker for the relative newcomer to NXT. However, Nikki is the complete wild card. The only reason she lost in San Antonio is because of the Iconic duo taking her out. Now, it’s less likely to happen, leaving more options available. However, I’m thinking any chance on Asuka losing comes at the hand of whoever wins the women’s tournament – Patrick Ketza

Other Staff Member Predictions: Everyone else also picked: Asuka.

My goodness, what a main event we have here. Bobby Roode has continued to be an awesome heel champion by doing everything he does best. He wrestles sparingly. Cuts great promos, and he runs down everybody else while trying to stay one step ahead. However, this match isn’t really about him. Hideo Itami has had some bad luck with injuries these past two years. And to try and get him back on track, the crew over at NXT decided to bring him back with a bang, with the GTS in his back pocket to boot. While also making him look extremely determined every chance he gets on NXT television to shut up Bobby Roode.

There isn’t much of a feud here though. This is all about Hideo trying to prove that he can still hang with the batch of top guys running around NXT. I’m really looking forward to this match, and I can’t wait to see what these guys do with this opportunity in front of a hot crowd in Chicago. All that being said, I’d wager that somehow, someway, Bobby Roode walks away once again still the NXT Champion. I just don’t see a reason to move the championship, and frankly, I’d be okay with Bobby holding onto it for the rest of the year. – Paul Leazar

Other Staff Member Predictions: Everyone else also picked: Bobby Roode.

Well, this concludes our NXT Takeover Chicago Preview. Be sure to check back for our WWE Backlash 2017 Preview as well. Not to mention, leave your predictions in the comments below. Also, check out Gary Vaughan, Paul and Sean give their predictions on-air, on the Wrestling 2 the MAX Podcast