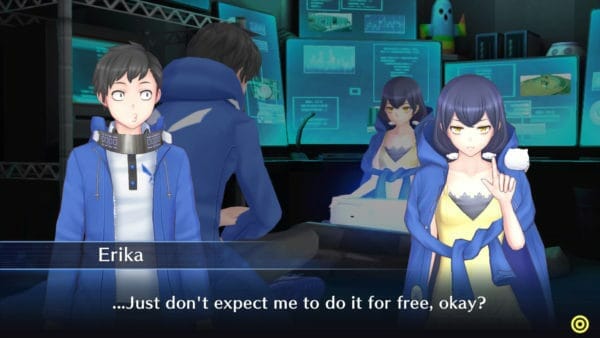 Meet the other members of Keisuke Amazawa‘s hacker group Hudie. Learn traveling around the city and pick up the first sidequests in the game as well.

Be sure to check out Sean’s playthrough of Chapter 1 as well, which gives a great introduction to the game and series.

Discover the DigiLab, the DigiFarm, learn what you can do with raising those Digimon. Plus, there’s a sidequest involving a cat. And Wormmon makes an appearance too.