Since making his main roster debut at Wrestlemania 33, Baron Corbin has made his presence felt. Drafted to Smackdown Live during the WWE Brand Split, Corbin has slowly established himself as a mid-carder. Now as 2016 reaches its end, one has to wonder what 2017 holds for the Lone Wolf. 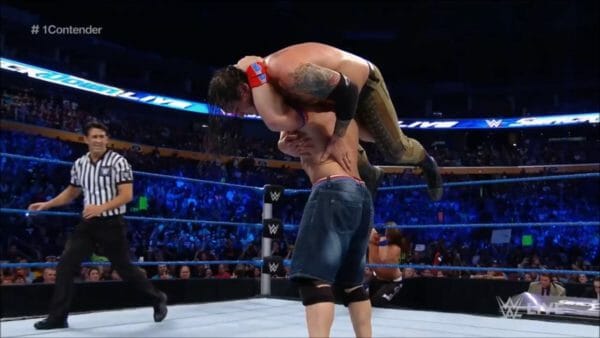 Despite missing out on Survivor Series it would appear WWE have plans for Baron Corbin. One feud I personally believe would elevate the Lone Wolf should incur at the Royal Rumble. His opponent you may ask? Well, none other than John Cena.

Baron Corbin is a midcard heel on Smackdown. John Cena is the biggest babyface in the company. Put the two together and instantly, there are two contrasting persona’s feuding. Allowing Corbin to beat Cena clean at the Rumble would help jumpstart a serious push for the Lone Wolf. Furthermore, Royal Rumble is one of the “Big four” PPV’s thus creating a huge stage for Corbin to gain a defining victory. Obviously, it helps if the company builds on the win of course. Corbin defeating Cena in-front of 60,000 members of the WWE Universe has the potential to be career defining for Corbin. 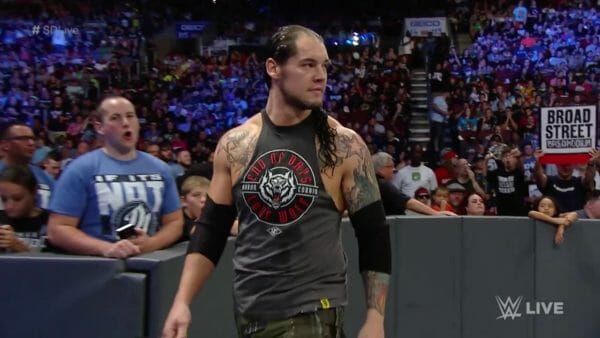 I also think there needs to be an added stipulation to the match with John Cena at Royal Rumble. Only the winner advances to the Royal Rumble match. Therefore, it provides more incentive on the match for both superstars. In addition, to getting the win, perhaps the company could bookend the Rumble with a final four appearance for Corbin as well. This booking would seriously put Corbin over in one night, something he desperately needs. Not to mention, being in the final four showcases him as a serious WWE title contender. WWE need to build Corbin from Midcard guy, to a top heel. The plan laid out could easily do that.

Push Him as a Top Heel

Since the WWE Brand Split, Smackdown has been the better brand. Some of the company’s top heels are on the blue brand, such as AJ Styles and Bray Wyatt. Currently, Baron Corbin is an up-and-coming heel on the brand. However, WWE is underestimating Corbin’s potential value. He could be the biggest heel, not only on Smackdown, but the entire company. Corbin has progressed with his mic skills and is getting better in-ring too. However, random segments and midcard matches are not going to push Corbin to the top. This is another reason why beating John Cena would help a lot. Cena still remains as the one true baby face star of WWE. WWE have tried and failed many times over the years to create a true heel star. Baron Corbin is that guy for WWE.

2016 was a good year for Baron Corbin. Credit to WWE, for allowing Corbin to win the Andre The Giant Memorial Battle Royal. Especially, since no one saw that coming. It helped give him some credibility coming from NXT to the main roster. So if 2016 was good, 2017 needs to be even better. Royal Rumble is the first PPV of the year, Corbin beating Cena at the Rumble sets up a strong 2017 for him. One win over Cena could have huge implications for Corbin, but it is up to WWE to take advantage of it. In the aftermath of Corbin beating Cena, at the Rumble, Corbin should have a strong run and build up 2017 as the year of the lone wolf.

While fans may debate on just how good Baron Corbin is, there’s no doubt he has a ton of potential. John Cena is the ideal opponent for Corbin because of how opposite they are and because of the rub it gives Corbin as well. If WWE book Corbin over Cena at the Royal Rumble, Corbin’s 2017 would be a special one.