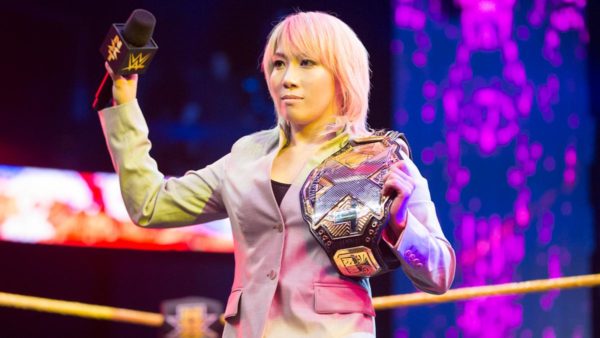 On this Wrestling 2 the MAX episode, Sean Garmer (@W2MSean) Gary Vaughan (@W2mgary) and Paul Leazar (@hailtothechimp7) discuss the decision to have Asuka move up to the main roster. Thus, relinquishing the NXT Women’s Championship. How should NXT handle what happens after? Where could Asuka wind up? Will the main roster treat her well?

After that, it’s all about the wrestling news in Quick Hits. WWE bans beach stuff from at least Smackdown. Maybe beyond that? Minoru Suzuki appearing in ROH. An update on Ric Flair. Could Lana and Rusev really leave WWE? There’s much more in the news too.

Next, Gary and Paul discuss the latest Lucha Underground. Featuring the finale of the Cueto Cup. Plus, they go through an episode of GFW Impact Wrestling too.

Finally, things end with the W2M Power Rankings and Superstar of the Week.