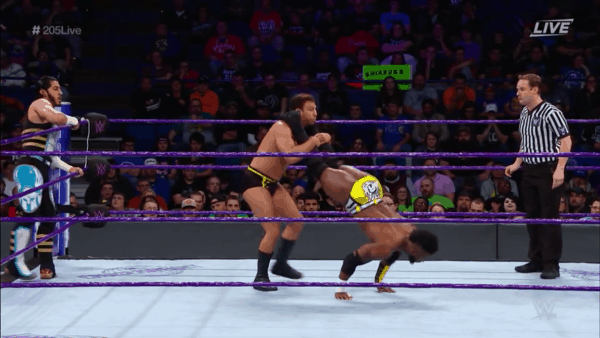 On this Wrestling 2 the MAX: WWE 205 Live Review, Harry Broadhurst and Elizabeth Pugliese cover it all about the Cruiserweight show.

Rich Swann takes on Noam Dar. Kalisto and Jack Gallagher go at it. Plus, a tag team main event of Drew Gulak and Tony Nese against Mustafa Ali & Cedric Alexander. Plus, their match of the week in WWE, and more.