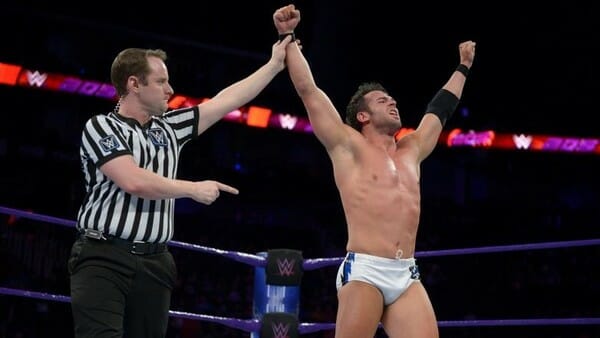 On this Wrestling 2 the MAX: WWE 205 Live Review Harry Broadhurst, Elizabeth Pugliese, and Brandon Biskobing discuss it all from the Cruiserweight show.

The Cruiserweight Championship tournament is the main theme of the show. Featuring two fantastic matches. Kalisto takes on Lince Dorado in the opener. While Roderick Strong faces-off with Hideo Itami in a thrilling affair. You also get a Drake Maverick sighting, and more.

Then, on Week 4 of WWE Mixed Match Challenge. It’s Goldust and Mandy Rose in a fight against Jimmy Uso and Naomi.