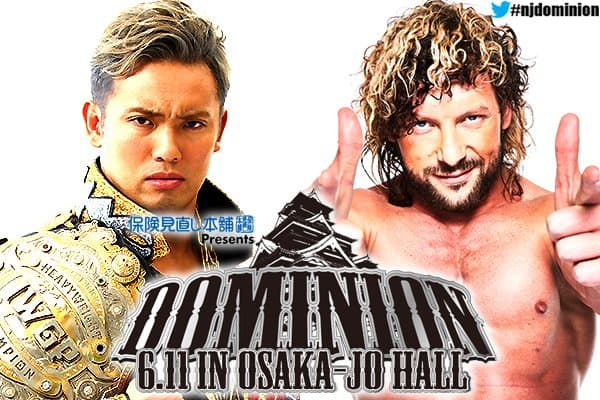 On this Wrestling 2 the MAX episode, Sean Garmer, (@W2MSean), Gary Vaughan (@W2MGary), and Paul Leazar (@hailtothechimp7) talk about more happenings in the world of professional wrestling.

First up, they talk about some wrestling news in Quick Hits! WWE does some house keeping with it’s talent, both ICW and PROGRESS might be on the WWE Network sooner rather than later, and Jim Ross has some thoughts on a certain upcoming main event that he’d love to lend his voice too.

Then, the guys talk about the latest episode of Lucha Underground. Johnny Mundo and The Mack pick up where they left off after last week’s All Night Long match ended in a draw, and darker forces continue to close in around the Temple, and it’s fighters.

Then, New Japan Pro Wrestling’s Dominion happens this Sunday, so that means it’s preview time! We’ll run down the card, and give out some predictions as the excitement mounts to New Japan’s third biggest event of the year!

Finally, it’s the end of the another week in wrestling, and that means we need to crown a Superstar of the Week! Who will take away those important points to move them closer to the top of the list?

We’ll talk about all of this and more on this week’s episode of Wrestling 2 The MAX!