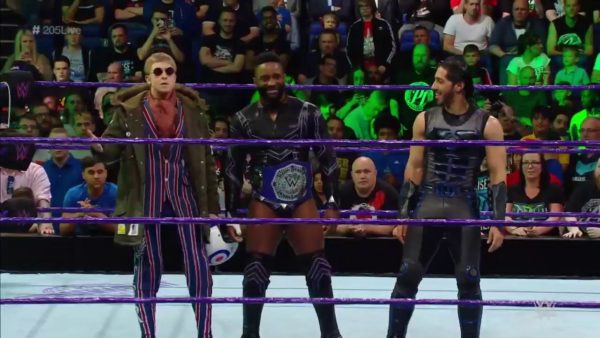 On the May 16, 2018 edition of Wrestling 2 The MAX Raw Review, Brandon Biskobing and Liz Pugliese hold down the fort while Harry Broadhurst is away.

205 live invades the UK! Both the Cruiserweight and United Kingdom Divisions collide as part of the WWE European Tour! Drake Maverick wants both Divisions to bring their A-games. We get TJP be Kalisto vs Kenny Williams be Tyler Bates as our first crossover. The six man tag gives us: Cedric Alexander, Mustafa Ali & Flash Morgan Webster VS James Drake, Joseph Conners & Drew Gulak; Plus, Buddy Murphy has his shot in two weeks, how will Cedric Alexander respond tonight?
Also Liz and Brandon discuss the status of the UK division.