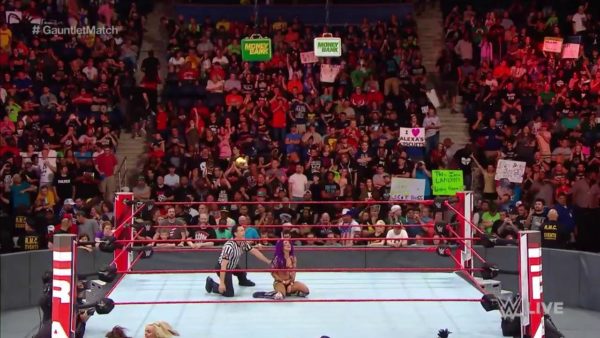 This week on the Wrestling 2 the MAX Raw Review Brandon Biskobing and Liz Pugliese discuss all the happenings on Raw.

Raw has room for one last entrant into the Women’s Money in the Bank Ladder Match, and it comes down to a Seven Woman GAUNTLET Match! Braun Strowman and Finn Balor have an interrupted rematch. Jinder Mahal challenges Seth Rollins for his Intercontinental Championship. Sami Zayn apologizes. Kevin Owens takes on Bobby Roode and the B Team throws a BBQ!

PODCAST: Reviewing WWE RAW 5.28.18 Where Sasha Banks Qualifies for Money in the Bank