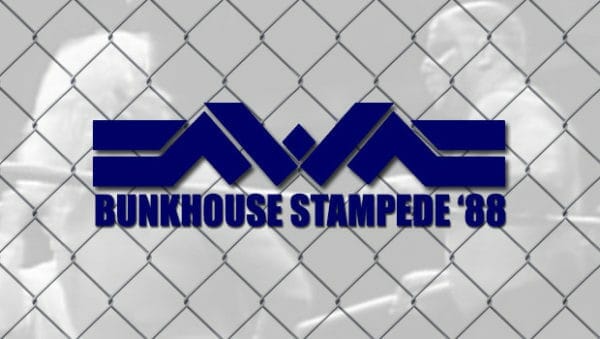 In the late 1980s, two companies had moved ahead of all others. And they waged a war unlike any other. Pay-per-views sabotaged. Shows run in company’s backyards. Nothing was off limits. And this was no different for NWA’s 1988 Bunkhouse Stampede Finals.

A unique main event greets us as eight men wage war in the finals of the bunkhouse stampede, in a battle royal inside of a steel cage. Where the last man in the cage wins. Who can outlast seven other men to win the bronze boot and the half a million dollars?

Also, the world title is on the line as well. NWA World Champion Ric Flair goes against Road Warrior Hawk. Can the champ retain his belt against the powerful challenger? Or will the Road Warrior become the most powerful man in wrestling?

And, as always, stick around for the big finish, including the best and worst matches. It’s a battle royal unlike any other as Wrestling Unwrapped reviews the 1988 Bunkhouse Stampede Finals.