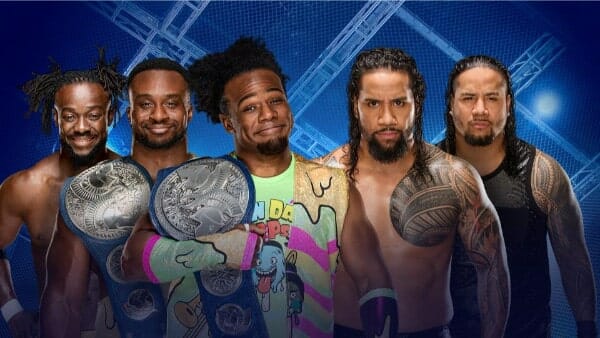 Every year, there’s a night where things get so heated and so intense between people, that they must go to every length to settle it. They must go… to Hell. Tonight is that night as WU Reacts to WWE Hell In A Cell.

Two huge Hell in a Cell matches greet us, as the rivalry between KO and Shane goes to a new level. They will battle in side of the Devil’s playground. The last time Shane was in a Cell, he paid a huge price. The last time KO was inside, he won. But KO has proven he’ll stoop to any level to get the better of Shane, including bringing family into the mix. Shane is a man possessed, but will he pay the price again?

Then, in the final chapter of an incredible rivalry, the New Day put their SDL Tag Team Titles on the line against The Usos. Who will have the last laugh? Will the new day make the cell into their playground? Or will it be the dawn of the Uso Penitentiary? Only one way to find do out.

Then, stick around for the big finish, with the best and worst match of the night. It’s the one ight of the year the WWE goes to hell, as Wrestling Unwrapped Reacts to WWE Hell in a Cell.