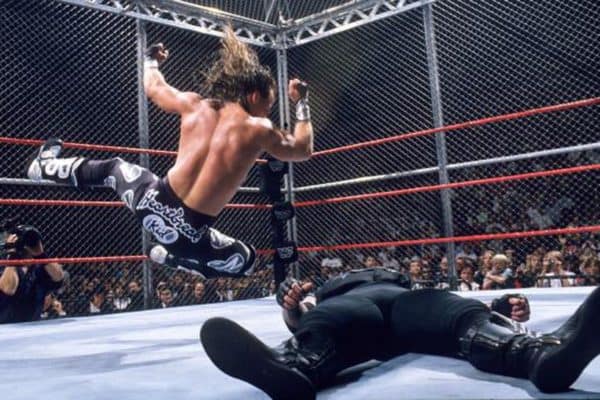 As we approach the annual Hell in a Cell pay per view, we also approach a significant anniversary regarding the match that now bears the pay per view names. October 5th will mark the 20th Anniversary of the first time we saw Satan’s playground, and WU decided what better anniversary to cover with WWE Bad Blood 1997: In Your House.

The main event needs no introduction. Shawn Michaels faces The Undertaker inside of the first Hell in a Cell match to determine who will face Bret Hart for the WWF Championship the following month at Survivor Series (more on THAT one later). Will Taker make HBK pay for his previous transgressions inside of the heinous structure? Or will the Heartbreak Kid walk out of the grueling match with a title shot in his hands? All of this , and more awaits us.

And, be sure to stay for the big finish, featuring the best and worst match of the night. It’s the 20th Anniversary of the Hell in a Cell, and Wrestling Unwrapped celebrates the only way they know how, with WWE Bad Blood 1997: In Your House.