A horror game with a cute art style, Yomawari Midnight Shadows tells another haunting story following Yomawari: Night Alone. Keeping players on the edge of their seat throughout the game. This game’s atmosphere certainly rivals the first game, with darker spirits lurking around every corner. 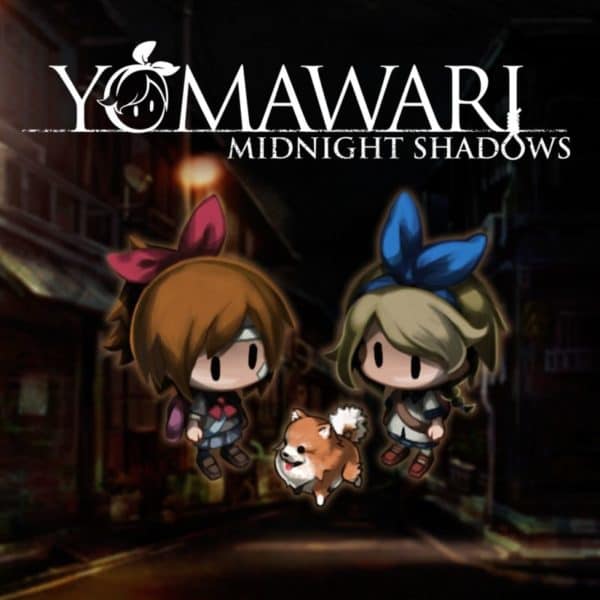 Two Girls Lost in the Darkness 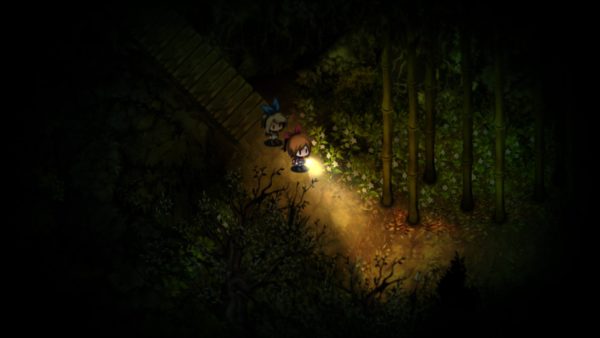 Just like the first game, Yomawari Midnight Shadows takes place in a small Japanese town where two girls, Yui and Haru live. One night, Yui and Haru go watch a fireworks show. On the return home, the girls are suddenly attacked by a mysterious spirit, separating them in the process. The two girls then go on a journey to find each other. Facing off against dark and terrifying spirits along the way. 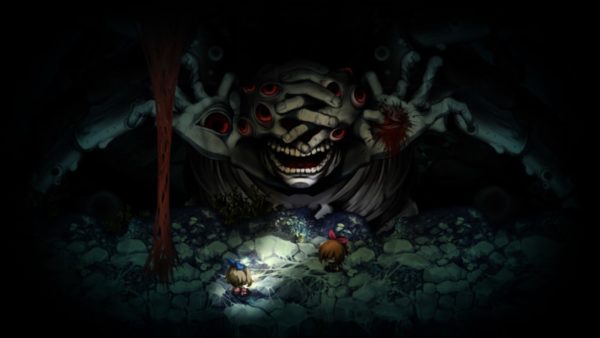 The player alternates control of both Yui and Haru. Each girl has the same ability to hide and run. What changes is the atmosphere for each girl. Yui is in the darker side of town, forced to go against more dangerous spirits. Haru’s version of the town resembles the first game. A creepy atmosphere, but it’s a clash of the human world and the spirit world joining together. Each action done with one girl affects the other’s path.

Secrets of the town begin to unravel, along with the truth behind the girl’s existence as well. Since every action the player takes has a consequence on the other story, a player must be very careful of where they go. For example, crossing the wrong bridge with Haru could lead Yui deeper into the darker side of her town.

Similar to the first game, the girls have no means of defending themselves. The girls can gather rocks to use as distractions, but they have no effect on the spirits. The girls only way of survival is by hiding or running. Running is a great way to get around the town faster. The walking speed from the first game was a bit of a hassle to handle. However, this is greatly improved in Yomawari Midnight Shadows. Although, running, is not the best way to handle things. 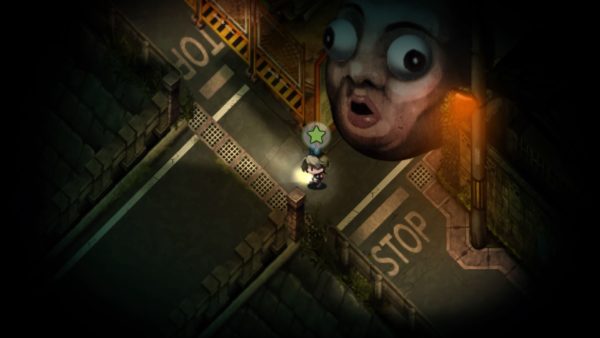 Each of the girls has stamina. When the girls run, a bar appears at the bottom of the screen. Allowing players to see how long they can run. When there are no enemies, the girls can run with the bar decreasing at a normal pace. However, when enemies are near, the heartbeat of the girls speeds up, causing stamina to go down much faster. Players who are not careful, can misjudge when they should run and be caught by an enemy. Hiding spaces can be very scarce, so mistiming a run can prove rather costly.

The girls can also use the hiding mechanic. This allows them to hide in bushes and behind signposts. Similar to the first game, players transition to a black screen except for the image of the bush or sign they hide behind. As the dark spirits pass, a heartbeat and a flashing red orb appears representing the spirits. As they monitor and patrol, players have to time their escape right to run to safety. 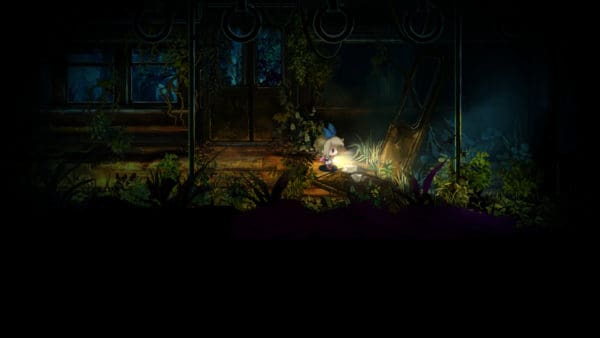 The previous installment of Yomawari had players collecting items. Unfortunately, most items were just small paragraphs to explain the history of the spirit. While also adding cool collectibles. Yomawari Midnight Shadows introduces charms and wearable items. These items won’t appear on the girls, but they do act as buffs. Some serve as extra stamina, others serve as a way to hold extra items. These charms add an extra incentive to really look for items.

Diary pages are also a nice incentive. They provide not only a recap to previous chapters but also add insight on both girls journeys. Yomawari heavily focuses on exploration. Players can come across manhole covers that can house a spirit waiting to grab their ankles, while long unlit paths can lead to an uneasy feeling. Thankfully, there are many ways to save in the game, using the Jinzo shrines. These shrines are in almost every corner, offering quick ways to transport to areas. Activating them requires the use of coins. These coins can be found in vending machines as well on glinting items on the streets.

Added goal to collect items to help with strategy

Long walks to certain areas with no shrines near to return to a place you died.

Overall Score: 8.0 Out of 10 Yomawari Midnight Shadows is a beautiful game that players won’t be able to look away from. The cute art style from the first game returns with more creepy and horrific spirit designs. The game balances this style well and also manages to maintain a creepy atmosphere as well. Although it sadly relies a little too much on jumpscares. However, this doesn’t stop the eerie feeling that something is always lurking around the next corner. Midnight Shadows made many improvements over the first game, including its approach to the story by adding a second character. This is one horror game players should check out.