Yomawari: Night Alone is the newest title from Nippon Ichi Software and NIS America. It’s a Survival Horror indie game that is supposed to interpret the meaning of mortality and consequences. Everything within the game is supposed to mean something. A lesson that the main character, the young girl, is supposed to learn throughout the seven chapters, while she avoids spirits and death to rescue her sister along the way. The game wants to deliver a creepy and horror filled atmosphere. While also having a moral lesson to the whole plot. The issue is that it fails midway into the game. 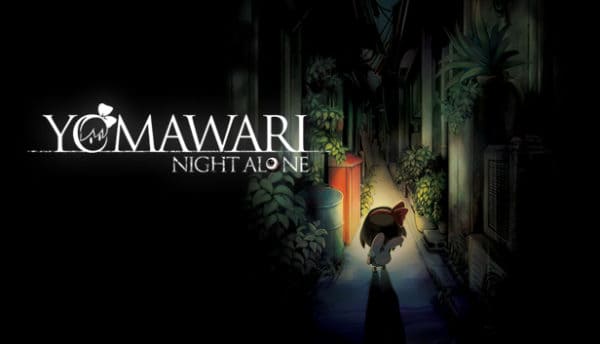 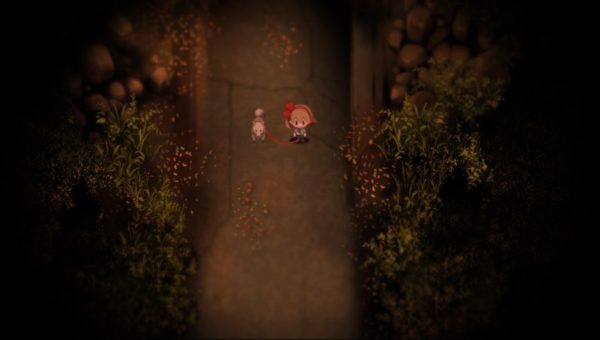 The story begins in a very straight forward way. The young girl’s dog Poro disappears and her older sister goes to find him. Then she mysteriously disappears as well. So, the young girl set’s out to find her sister. Thus starts the game in earnest, and the tale of a girl walking around her town at night.

I found the use of evil spirit bosses that have their own mini stories very cool because it adds extras to the game. However, when they have no connection to the main boss it becomes an issue in understanding the plot.

The ending also doesn’t help. Not to offer any spoilers, but the game tries to reach an ending that is based on player interpretation. Except, the player can’t make a valid interpretation when the game offers nothing in way of explanation. Not even in the random items they collect, does it tell you why the two girls are in a town filled with evil spirits that kidnap people. Also, the place that Poro had in the story no longer becomes important but rather just a reason the story begins. The game teaches about life and death, but it does it so poorly that the actual item used for the lesson is lost in translation.

The Not So Scary Atmosphere 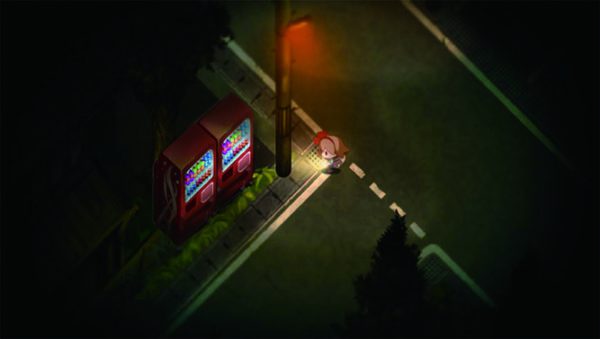 The game delivers more of a frustrating vibe, than anything else. The only time that it provided any scares, were some jump scares here and there. The scares are based on a spirit that focuses on a certain phobia. For example, Chapter six featured a giant Centipede. I have a phobia of bugs with many legs or that resemble spiders. So, my highest point of terror came from Chapter Six. So, the game isn’t all that scary. I felt it didn’t even quite create much of a creepy vibe either. As someone that plays many horror games, the purpose is to create a new form of terror the player hasn’t experienced beforehand. Yomawari unfortunately does not offer that opportunity. The few times it does, the fear factor loses itself very quickly. Leaving me with more of an empty feeling. 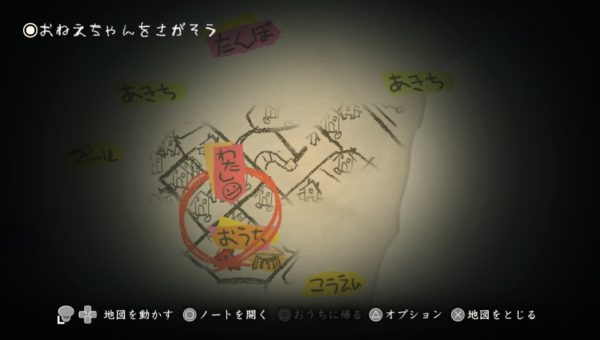 A big positive for Yomawari is the distinct art style. It’s simple, yet detailed and sticks with a nice chibi (cute) artstyle. The colors are also used in sync, where the use of dark colors in not only shadows, but in the spirits themselves, contrast with bright colors like red. This makes the game dark and dreary. The use of colors on the young girl also adds a symbol of light in the dark environment around her, with the yellow dress and red ribbons on her head. Her character’s colors is that beacon of light in Yomawari allowing to achieve her role as the heroine in the story.

Get Ready for Hide and Seek 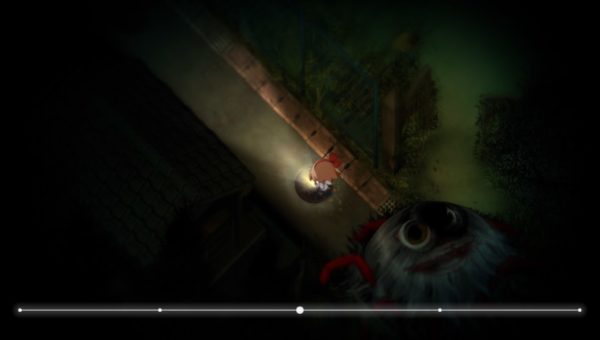 Yomawari focuses on hide and seek mechanics, which should be nostalgic for Corpse Party players. The main character is limited by stamina, and the game does not allow you to fight spirits at all. So, you have to use trial and error in hiding behind objects and fleeing from the spirits. From the beginning to about three chapters in, the monsters are not hard at all. Getting past them is simple, and even fun. However, after Chapter Three, the game becomes ridiculously hard. The difficulty seems to take a huge spike, basically becoming difficult on purpose trying to be hard. Instead of gradually going up in difficulty, it just all the sudden gets hard and that’s frustrating.

The game also constrains players with the puzzles because of the hide and seek mechanic. It keeps the young girl on the same speed, and inserts puzzles that not only lead to instant death, if the player isn’t clever enough to get through them. It’s also a bit unfair because the monsters suddenly get faster too. Another issue with the game I had, was the use of throwing objects. The only two points within the entire game that used the throw mechanic, came after the tutorial to feed cats and to move a bunch of rocks because light attracted them. For me, throwing objects felt useless.

After the game’s run through the first time, You can play a second time to find the items missed previously. Unfortunately, that’s all that’s left for the game. The story isn’t great, so to replay for the story in my opinion, feels more like an unwanted task. Replaying to relive the setting and atmosphere is a bit appealing, but it loses it’s touch quickly.

Interesting Mini-Stories for some bosses

Overall Thoughts: 6.5 Out of 10 Yomawari: Night Alone had a lot of potential, but lost it’s way for me as the game continued. I believe that for a first run of the game it’s cute and just a little scary. Beyond that, I was disappointed in what the game had to offer. I would recommend it only to pass the time. Since it has quite a bit of items to collect and a nice atmosphere to experience and walk around within. $20 may be a bit high for a short game that runs about four hours and has little replay value. However, if it goes on a Steam sale, it may be worth a look if you want a Survival Horror game that has a unique atmosphere.

For the sake of transparency: The game publisher provided a copy of the game for the purposes of this review