8DAYS is a retro twin stick shooter that lives on nostalgia. It’s meant to bring back the feeling of playing an early 8-bit game on an old Nintendo Entertainment System. I want to be clear off the bat, this isn’t a bad thing. I love old 8-bit gaming. Especially, games that are difficult and challenging. However, 8 Days failed to connect with me due to a few issues. It was frustrating, because occasionally during gameplay I would see flashes of a great game that would have me excited, but then would get frustrated by either the controls or some flaw in the game. 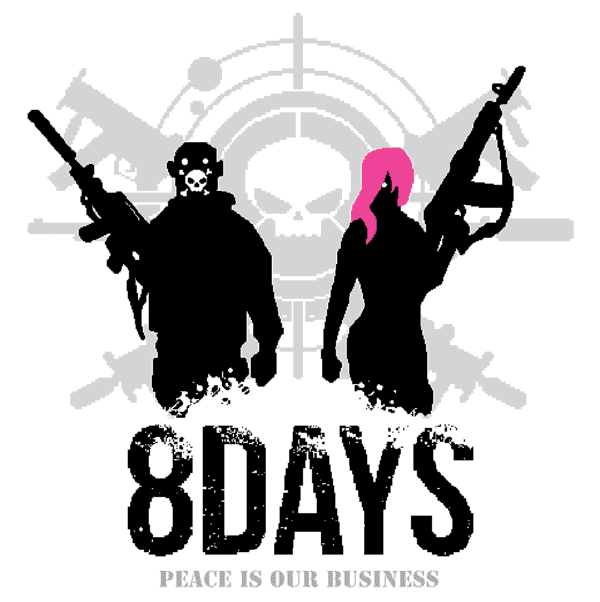 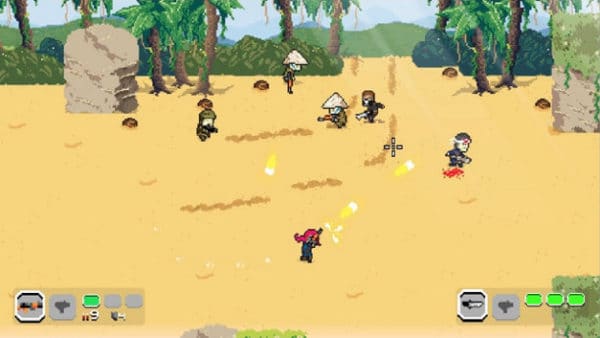 Initially, the game is very interesting. There’s some backstory about being a mercenary, who is sent to a country to end an embargo. This embargo is affecting wealthy people in various countries. Upon arriving in the country’s airspace, you are shot down and taken prisoner. Then, the protagonist escapes the torturous captors, and thus, the game begins. Right away, after killing an unsuspecting guard and getting a rifle, you are slammed in the face with the game’s unforgiving difficulty and controls. 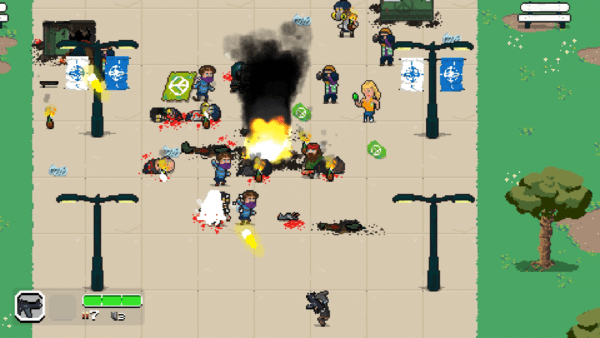 For example, the next room has a couple guards by the door. Since this is the beginning of the game, you’d think it would be easy to kill them and clear the room right? Wrong. It took more than a few tries to finally succeed. When the guards spot you, they move rapidly and kill you in one hit with their knives. What makes things even more difficult, is 8DAYS controls have issues. In order to battle the fast moving guards, you are forced to face the opposite direction by using the left joystick.

This creates another problem, because aiming guns also uses this same joystick. Causing movement to feel clunky and slow. On the other hand, the guards are incredibly accurate. Hitting you even when you are evading and moving around quickly. Overall, it just makes the game frustrating. Mainly because the controls make it extremely difficult to kill the enemies in front of you. 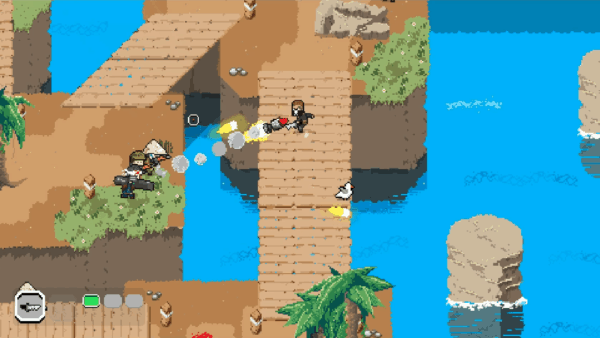 The game has a stealth option, but that isn’t really a success either. For instance, you can head to the top of the screen to hide from patrolling guards in the jungle. By staying out of sight, you avoid combat. There’s also the option of attacking guards when they are facing away from you. This makes them easier to kill and also saves your health. However, several times, a patrolling guard attacked my very well hidden character. Even when the guard was at the bottom of the screen. It’s absolutely frustrating when the character is not even visible, but yet the guard could immediately run and kill me. 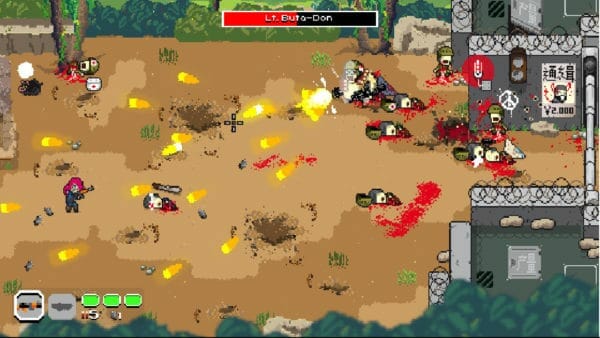 There are even some areas where you can fall to your death on a map. Mainly because, the game makes it difficult to discern between something like an outcropping and a cliff. At one point, I intended to hide behind an obvious outcropping. However, instead I ended up falling off the map and dying. All because I could not recognize it was a cliff, and not a hiding area. 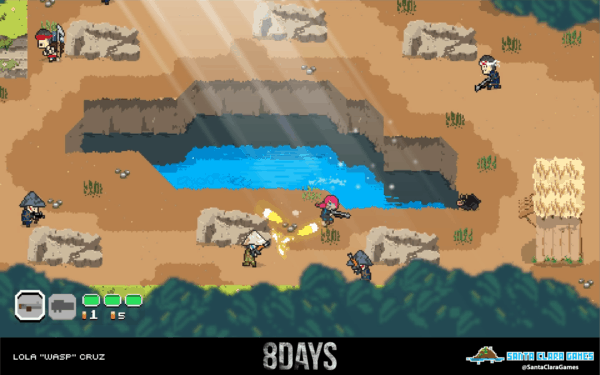 At least, boss battles are a little better than fighting regular enemies. Although, they are mostly about learning the patterns and attacking when you can. Ammo is fairly limited in the game, so I recommend saving bullets until you reach a boss battle. Then, let it fly against the big baddies. Overall, the boss battles showed the promise of 8DAYS. Allowing for me to see the good game underneath its problems.

Overall Thoughts: 6.0 Out of 10 Despite its issues, 8DAYS is not unplayable. However, the problems I encountered did make the game more frustrating than it should be. Although, the frustration made me think of of treating every enemy as if they had their own rules. For example, I hid in only specific spots. Thus, testing over and over, ways to get past certain guards. I still feel that some of this didn’t need to be there. It’s not all bad for 8DAYS though. The 8-bit look is cool. Plus, boss battles are fun as well.

In the end, 8DAYS has its problems, but shows promise. Perhaps, if a sequel comes down the line, they can balance things out more and focus on the positives about the game. If you are looking for a twin stick shooter on PS4, 8DAYS might scratch that itch. Just be ready for quite a few very difficult moments.

For the sake of transparency, the publisher (Badland Games, Novy Unlimited PR) did provide a digital code for review purposes