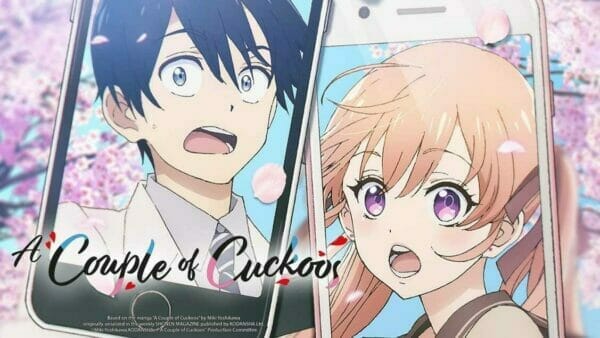 It’s time for another episode of Talk the Keki discussing A Couple of Cuckoos Review and More. Join Mat and Ethan as they discuss a new show they’re watching together, Couple of Cuckoos. They also talk about the disappointment of Rising of the Shield Hero Season 2 as well as dark episodes this week such as Tomodachi Game, Requiem of the Rose King, Summer Time Render, and Skeleton Knight in Another World.

Check out more Talk the Keki!

A Couple of Cuckoos Review and More

About Talk the Keki

Welcome to the Talk The Keki Podcast! Where your hosts Ethan L Ayala and Mathew Sarpraicone talk about all things anime. Take a listen to hear weekly coverage and reviews on the latest seasonal anime. Plus there is coverage of anime news and our suggestions on new or classic anime that we bet will make you feel everything you want from a show.

Go visit the Facebook group that inspired it all to discuss everything from the show with other anime lovers!

Listen on Your Favorite Podcasting Apps

Ethan is a new, but passionate weeb. He watched anime briefly as a kid like (Dragon Ball Z, Sailor Moon and Pokémon). However, began watching anime full time in January 2018 with Naruto Shippuden. The pandemic lockdown afforded him the opportunity to binge a bunch of shows. Anime is why he here he is today. Ethan’s favorites include shonen and slice of life. If a show will make Ethan cry or jump out of his seat in excitement he’s all about it. Ethan has also slowly been picking up Japanese as a third language as well and can speak small phrases and understand many words thus far.

Mathew has been watching anime for over 20 years. Now he wants to share his love of anime with fellow listeners. Mathew is fond of various genres of anime but will be fully invested if there’s great writing, character development, and animation. Due to his love of Japan when it comes to its culture, wrestling, and animation, he’s looking to learn about the language itself. If you like wrestling, you can check out his other podcast called Suwama Station, which covers All Japan Pro Wrestling on Youtube.

About The Author: Ethan L Ayala