Star Wars is one of the world’s most recognizable franchises. Spanning seven films, Multiple TV series, books, spin-offs, cartoons, and video games. The galaxy is endless! Since the release of the first video game in 1982, the franchise has become a prominent staple in the gaming industry. Since Star Wars: Rouge One releases this week, I was inspired to do my first Top 10 article. Here are the Top 10 Best Star Wars Games. 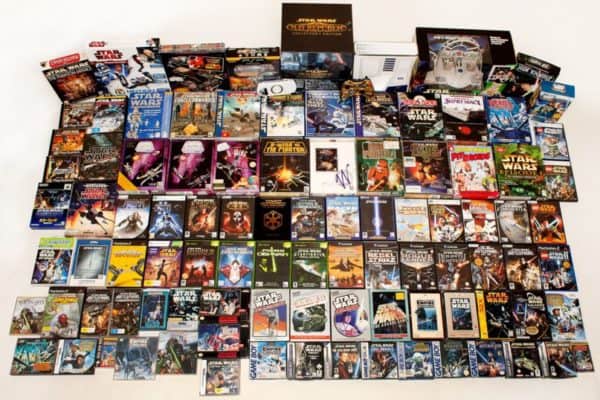 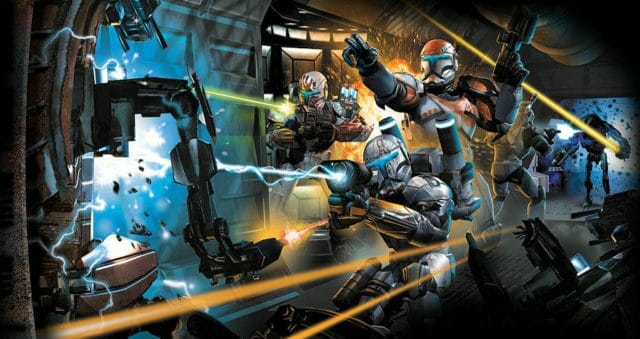 This first person shooter allowed players to live the experience of a Clone Trooper. Set during the time of the Clone Wars, this game was essentially the stuff of dreams for some fans. For most Star Wars fans they often regard Clone Troopers as “clumsy” or “useless.” However, Star Wars: Republic Commando displayed a unique deception of the Clone Army. This is probably the most underrated Star Wars game of all time. Republic Commando offered a unique experience for players that other titles have lacked. 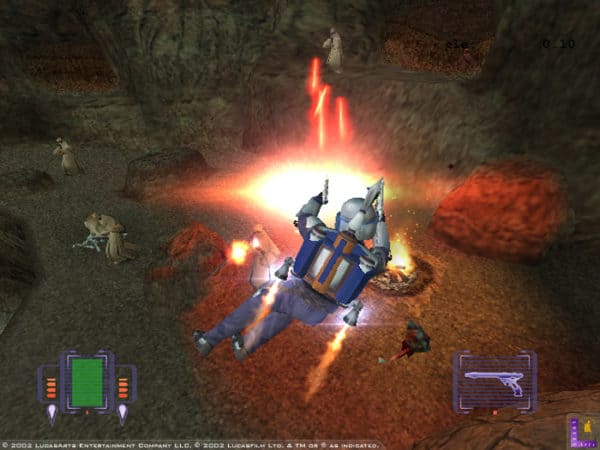 It is fair to say, we’ve never seen enough of the Fett family. One of the most beloved villains in the galaxy, and their screen time is so short. Thankfully, Star Wars: Bounty Hunter provides a dose of the Fett experience. Playing as the galaxy’s most feared Bounty Hunter exploring the underworld and creating chaos. This is certainly a retro title to play. In addition, it’s a rare game that gives you a different experience in the Star Wars universe. 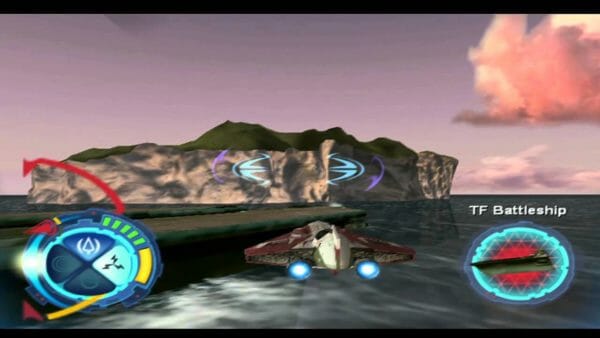 Space Battles are all but a novelty for the films, the clue is in the name. Star Wars: Starfighter takes the force into flight. A selection of unique fighters, locations and story connections allows players to gain an authentic feel of the galaxy. Also set during the Clone Wars, the game features some of less prominent members of the Jedi Council. Furthermore, with over 20 missions, Scenario Missions and Co-op mode this is one game that does not lack immersive features.

7. Star Wars: Revenge of The Sith 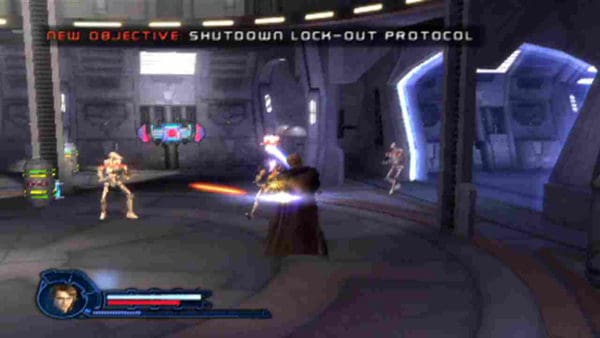 While the prequels of the franchise are heavily debated, Star Wars: Revenge of The Sith video game was a solid addition to franchise’s video game library. The game itself parallels the timeline of the film, from rescuing the Chancellor to the Duel of Fates. It also features alternative settings for missions, such as Lord Vader’s storm on the Jedi Temple, which we never saw in the film. Specifically playing as Anakin Skywalker and Obi-Wan Kenobi, players experience their paths to their fate prior to Star Wars Episode IV: A New Hope 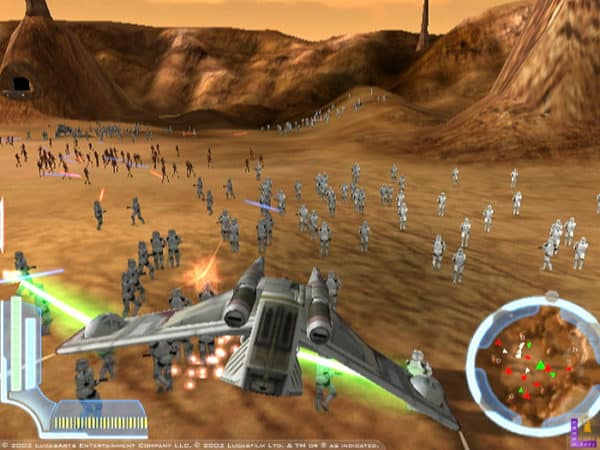 Continuing on from where Episode II finishes, you lead the Republic into battle. Playing as members of the Jedi Council and Clone Army, this game directly links to the events of the Clone Wars. Whether the battle is taken to combat on the ground or aboard aircraft, The Clone Wars video game offers such a broad experience inside the Clone Wars world. 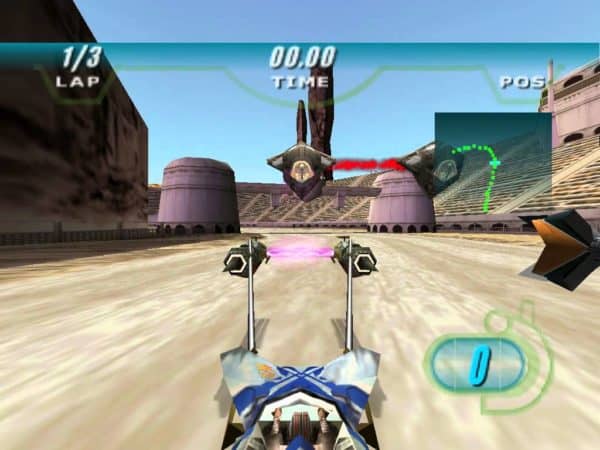 Now, before everyone heckles me, hear me out. Yes, the prequels are debatable and yes, namely Episode I is bad. While the film did little to impress fans, the subsequent video game about Podracing was great. It was the first time fans were treated to the spectacle of Podracing. The game was made in such a simple way that it blew up in arcades, and actually is still a hot item in them today. It also became a relatively fun game on consoles too. Players take to the most dangerous race in the entire galaxy, by boarding their very own podracer and basically the rest is a straight up racing game. Sometimes, you don’t have to make this elaborate world or crazy story. Fun is the most important aspect of a game. This is probably why this game is still the best selling Sci-Fi Game of all-time. 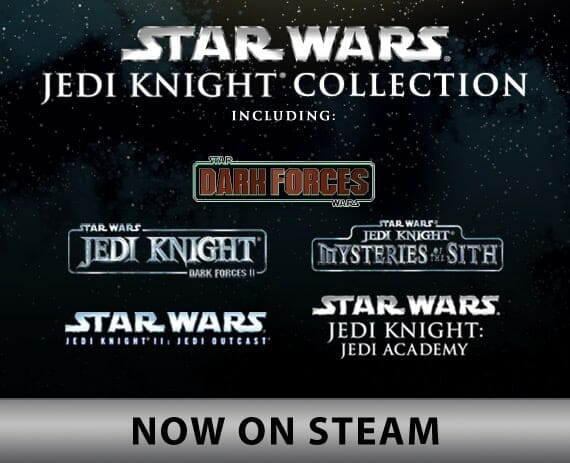 The Jedi Knight series was based off the canon side of Star Wars. While the events of the series coincide from A New Hope to Return of The Jedi, the story is compelling with an interesting tale between the Rebel Alliance and the Galactic Empire fighting to bring back the Valley of the Jedi. Playing as fan favorite Kyle Katarn, players indulge on his personal journey and battle with the Dark Side of the Force.  In addition to the unique setting of the game, it is also offers some terrific gameplay as well. 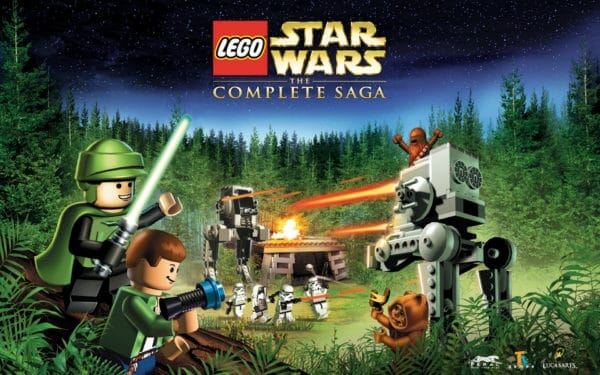 Among every Star Wars video game ever released, Lego Star Wars has to top the list in terms of popularity. This was the first time the franchise dived into a LEGO world and it certainly paid off. The Complete Trilogy offers all six episodes, unlockable characters and tons of Easter eggs. Also, there are some compelling elements of fun in LEGO Star Wars, as essentially all ages could enjoy it and not be ashamed! Furthermore LEGO Star Wars set the platform and model for following LEGO Video Game titles in the future. 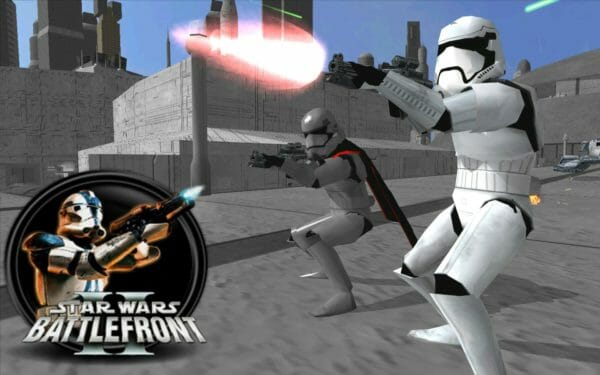 Star Wars Battlefront II is without a doubt the best First Person Shooter Star Wars game ever released. Notoriously, a fan favorite with Star Wars fans, this title set the bar for the franchise and created a very prosperous atmosphere for fans in the future. Especially, when it came to the hopes of a follow-up Battlefront being announced. It’s such a shame EA essentially did not deliver. However, no one can take anything away from Star Wars Battlefront II, as it offers the most immersive and detailed experience in a galaxy far far away. Galactic Conquest, Instant Action, Online Multiplayer and Story Missions. The Star Wars experience lives inside Star Wars Battlefront II. 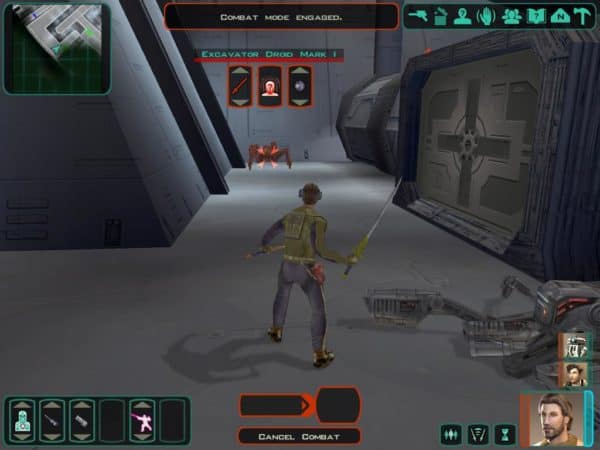 Prior to Elder Scrolls V: Skyrim and Elder Scrolls IV: Oblivion there was Knights of The Old Republic. Still regarded by many as one of the best RPG’s to ever be released. The experience goes far beyond the force too. More than just “Open World” as it poses more of an “Open Galaxy.” Players can create their own ideal character. Choose between the Light and Dark side, or even choose an alternative path from the force. Star Wars Knights of The Old Republic is essentially it’s very own entity and can rarely be compared to any other Star Wars video game. Not to mention, the story is very unique, as it provides a perspective thousands of years prior to the rise of the Republic.