I’ll admit that I’ve basically never played an Ace Combat game. My only experience with any of them was playing Ace Combat 1 on a few PlayStation demo discs I used to have as a kid. Those were quite fun but I never actually played a whole game of Ace Combat till now. This one is actually a lot of fun and makes me think I should check out some of the older ones as well. 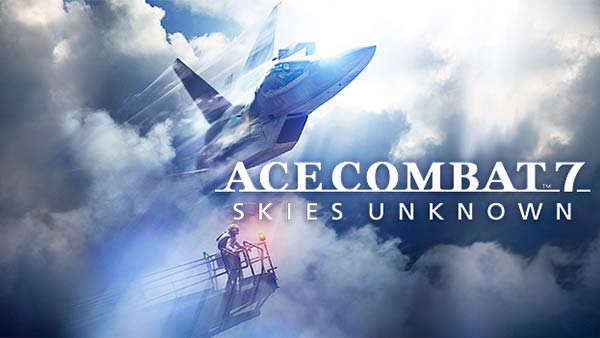 The story in Ace Combat 7 is fine, I guess? It’s weird but isn’t nearly as weird as it has been in the past games. Your primary character is Trigger a pilot in the Air Force who eventually ends up in prison. A concurrent character is Avril, who was trying to repair a plane to honor her grandfather but gets embroiled in
a war. These characters eventually meet-up, and this happens all amidst a war between Erusea and Osea (your nation).

Perhaps the weirdest thing is that this is a fictional land and story but is still using real aircraft (including names) for plane battles. Is this supposed to be some parallel world, or what?  I guess it’s moot in the grand scheme of things, but it’s rather awkward. 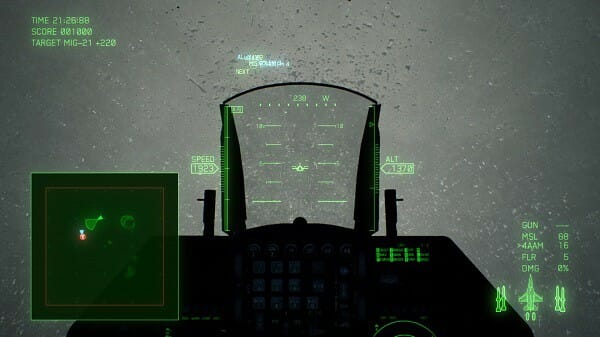 At its most basic, Ace Combat 7 is a dogfighting/air combat game.  In most missions you either have to attack ground targets or enemy aircraft all while keeping your own plane safe and (optionally) the mission objective alive.  At the core, it’s a fairly simple game but honestly, that is why it works pretty well.

Controls are simple but can take some getting used to. LT and RT are used for decelerating and accelerating respectively, while LB and RB are used for wing turning. A is used to fire your machine guns, B is used to fire your missiles or bombs. X cycles between your special weapon types while Y is used for changing the selected target. Finally, clicking in the right stick lets you change cameras, either outside your plane or a few cockpit views, and pressing in the left stick and right stick at the same time drops some flares to confuse enemy missiles from hitting you.

Frankly, the above control layout is 99% of what the game offers you. The only other real maneuver you can do is by pressing LT and RT at the same time you can execute a “High-G turn” where your plane can make a sharper turn than usual to line up a shot. However, There is a downside, doing the maneuver really burns your speed. Especially if you do a long one and lose too much speed, you’ll stall out. I actually didn’t end up using this move too much in my time with the game, but maybe others may find it more useful. 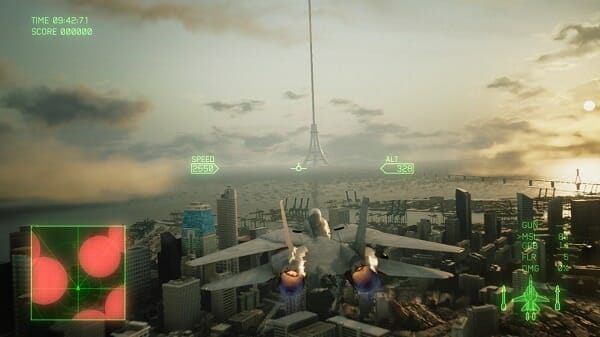 Most missions follow a fairly typical structure. You’ll fly along for a minute, come across your target (either on ground or air) and then begin fighting. That’s kind of about it. For ground targets, you’ll come across A.A. Guns or other units that can hit you, and for air, you’ll come across a large amount of aircraft to fight up against.

Missions generally just involve blowing things up, although there are some occasional ones that are more varied.  One early mission involves you having to pilot around enemy radar bubbles and if you get spotted the mission ends.  So you have to go kind of slow and stealthily, well, as much as a plane can get stealthy.  Another later mission just involves you trying to cause as much destruction to an enemy base as possible.  It isn’t the deepest mission but is pretty fun. 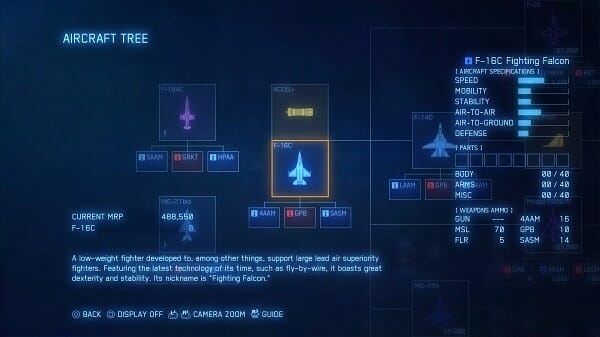 The game also has an Aircraft Tree which is a fancy term for a shop where you can unlock new planes.  There are three basic types of planes: fighter (good against air to air combat), the attacker (good against ground targets) and multirole (decent against both).

You unlock new ships using “MRP” which are basically Military Points.  You gain them from doing either story missions or playing in the multiplayer, which I’ll get into a bit below.  Aside from new ships, you can purchase new special armaments for those planes, or unlock new systems for all planes, like improving missile power or enhancing aircraft maneuverability. 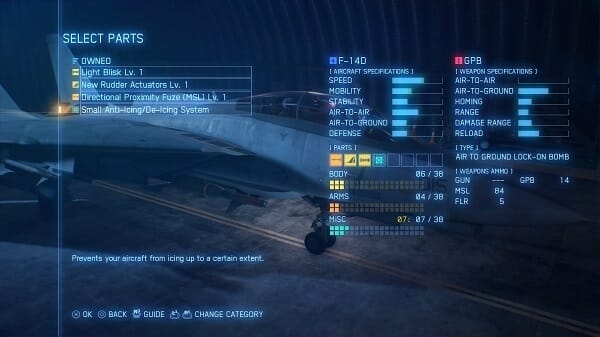 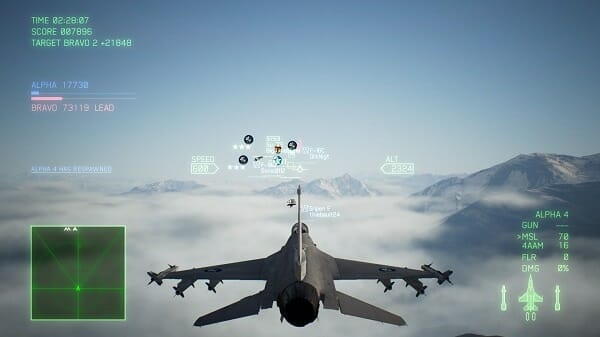 Speaking of, multiplayer in the game is solid even if there aren’t a ton of people playing.  There are two main modes available, Battle Royal and Team Death Match. And they are what you think they would be.  Playing against and with other people is a lot more challenging than the single player mode and if you have a good crew with you, you’ll have a ton of fun taking to the skies with your friends.  Playing this mode brought back some memories of Starfox 64, which is really nice.

The only real negative I can think about for Ace Combat 7 is that it’s pretty specialized. I said above that it reminded me a bit of Starfox 64 but in no way is it really that. Starfox 64 is (generally) an on-rails shooter that’s campy and easy to pick up and play. While Ace Combat 7 isn’t as hardcore as a DCS game or a Wings of Prey, it still has a semi-steep learning curve associated with it. If flight games are completely not your thing then this game won’t change your mind at all. But if you have even the faintest interest, then this should keep you busy for a while.

Good mission structure with some unique modifiers to keep you occupied

The story is slightly odd but isn’t overall bad

Overall Score: 8.0 out of 10 While I don’t think Ace Combat 7 is going to be for every flight game fan out there. I did genuinely enjoy my time with it. It’s also about the only flight game on consoles, so it has that going for it too. The action is good and dynamic, it looks beautiful, and there are some good twists on the formula as well. Overall, Ace Combat 7 is a pretty solid adventure.