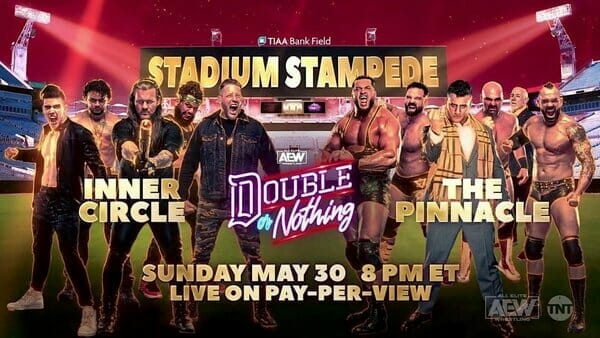 The Radulich family is at it again as Mark Radulich, Melissa Radulich and Jonas “We Came For Blood” Radulich provide alternative commentary for AEW Double or Nothing Stadium Stampede featuring MJF and The Pinnacle vs Chris Jericho and The Inner Circle!

Check out our AEW Double Or Nothing Stadium Stampede