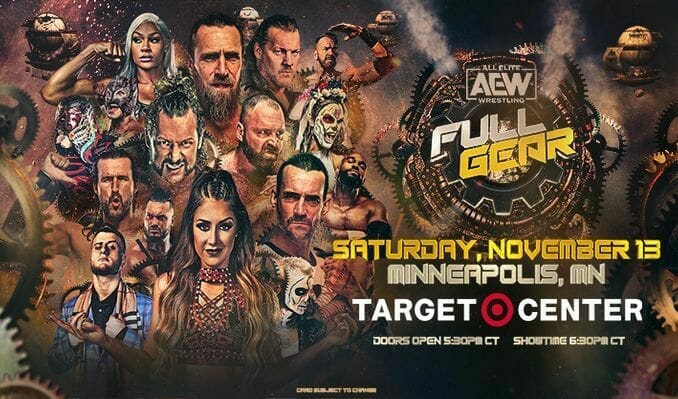 AEW Full Gear 2021 was the third annual Full Gear professional wrestling pay-per-view (PPV) event produced by All Elite Wrestling (AEW). It took place on November 13, 2021, at the Target Center in Minneapolis, Minnesota. Ten matches were contested at the event, including one on The Buy In pre-show.