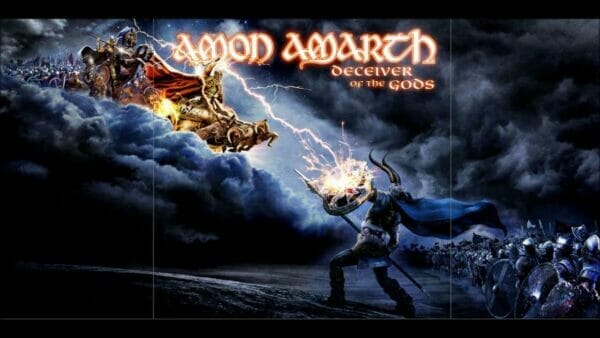 Robert Cooper and Mark Radulich review present their Amon Amarth Deceiver of the Gods Review. This review originally aired on 8/20/2013. Deceiver of the Gods is the ninth studio album by Swedish melodic death metal band Amon Amarth. It was released in Sweden and Finland on 19 June 2013, and in the US on 25 June 2013. Former Candlemass singer Messiah Marcolin makes a guest appearance on the track “Hel”.

The title of the album and its artwork were revealed on 12 April 2013, and the title song was released on the band’s homepage a day later, available for streaming or as a free download. A video for the song was released in September 2014.

In Canada, the album debuted at number 9 on the Canadian Albums Chart. This was the band’s last album with longtime drummer Fredrik Andersson before he left the band in March 2015.