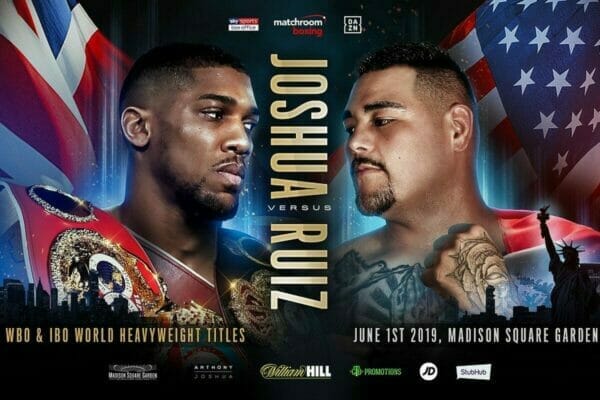 After coming in as a 25–1 underdog, in a shocking upset, Ruiz Jr. won the match via technical knockout in the seventh round, ending Joshua’s undefeated record and becoming the new unified heavyweight champion. The fight is considered one of the biggest upsets in boxing history, drawing comparisons to Mike Tyson vs. Buster Douglas in 1990 and Lennox Lewis vs. Hasim Rahman in 2001.