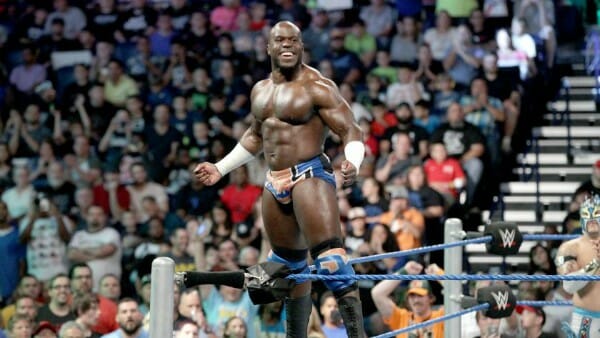 Apollo Crews has everything you need to be a star in the world of Professional Wrestling. A great look, tremendous athletic ability, and a natural charismatic aura about himself. The only thing he’s lacking that prevents him from getting to the top is the most important thing of all, a character.

Let’s face it, the WWE has always been in the Sports Entertainment business. Vince McMahon himself has publicly stated as much. McMahon hates the term “wrestler” and chooses to refer to his talent only as “superstars.” So, while Apollo Crews may be freakishly strong and is able to move like most men his size cannot. Honestly, until he gets a character, he may not amount to much in the WWE.

Creative Is Not Doing Their Job

It can’t be all Crews’ fault though. What about the ever elusive creative team? We complain about them, but it is their job to come up stories for him. Shouldn’t they give him a character and something to do, besides smiling? As Uhaa Nation, in previous stints with EVOLVE and Dragon Gate, people latched onto him. He wasn’t the greatest at it, but he did get to cut promos as well. Even in NXT, they played a video package of him telling his story.

Quite frankly, creative never really got a chance to get behind him before he got called up to the main roster. Ultimately, not having a proven track record hurts him. The weirdest thing to me, is that WWE refuses to use footage from another one of their shows. WWE has a documentary series called Breaking Ground that airs on their WWE Network. Crews was one of the stars of that show. He gave people reasons to care about him on it. He had family appear on the series that made him an endearing figure. After watching the series, Crews truly felt like one of the next stars of WWE. Watching him on Smackdown Live he is far away from that right now.

However, the blame shouldn’t go to just the writers. The ring is a great place to tell a story. While Apollo Crews is an amazing athlete to watch, he has yet to use that ring to tell us a story. Crews also needs to look within himself and find out what motivates him. He has to do more than just wrestling and smiling.

Apollo Needs to do More

It is time for Apollo Crews to tweak his own character and make a connection with the fans. The audience needs a reason to care about Apollo Crews. Sometimes it’s the superstar’s job to go above what creative gives them and get themselves noticed. Zack Ryder is a prime example of how to get one’s self over. Others, like Cesaro, also had this problem, but he found ways inside the ring to get the fans to take notice. It will take more than just a flashy high flying move set. Apollo needs to find that special something to get the fans to really care and invest in him. Otherwise he will remain in cruise control.