Astro Bot: Rescue Mission came out on the PlayStation VR on October 2, 2018. As somebody who does not own a PSVR, I was not very interested when they announced a new Astro Bot game for the Playstation 5.  However, it turns out that Astro’s Playroom is an absolute joy to play. And not only is it one of the best demos I have ever played.  In fact, it might just be one of my favorite games this entire year. 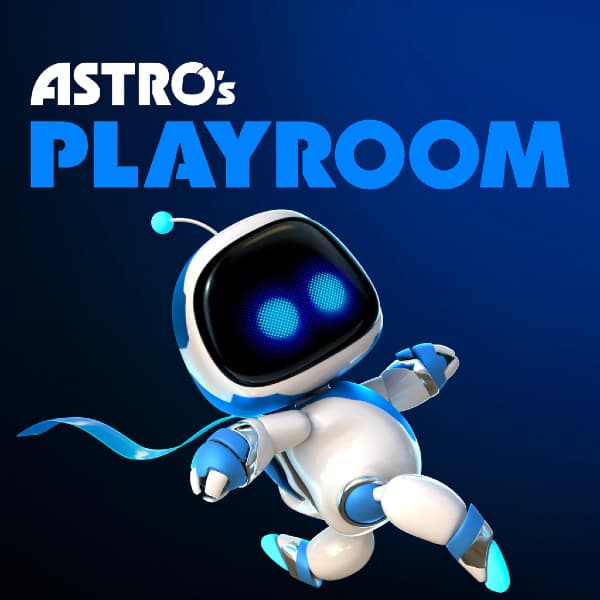 Not Just a Tech Demo

Actually, calling Astro’s Playroom a tech demo is truly a disservice. Although it is a short pack-in title that comes preinstalled on PlayStation 5, it is so much more than that. At its core, Astro’s Playroom‘s main function is to give you a glimpse of what the PS5’s Dualsense controller can do over several different worlds.

I completed Astro’s Playroom in about two hours. Nabbing the platinum trophy for the game in about four hours total. I did all of this with a smile on my face the entire time. Just enjoying the nostalgia-fueled adventure and the splendorous wonder brought on by Astro’s cute robot charm.

Astro’s Playroom is a 3D platformer that features four distinct worlds, which Astro can travel to in any order. Each world showcases a different mechanic of the Dualsense controller. For example, the roll ball mechanic focuses on the improvements made to the touchpad. While the spring mechanic wants you to feel the Dualsense’s haptic feedback. There’s also a jungle and space world that showcase the controller’s motion and blow capabilities as well.

Thankfully, between all of those gimmicks is an extremely solid platformer that does go through all the expected locations. Astro visits everything from a beach to a snowy field and throw-in a desert and a jungle for kicks. Each with their own unique set of enemies and teeming with a special vibrance of life.

Not only does each world present a different mechanic, but they are also littered with puzzle pieces and artifacts that span each generation of Playstation. In one world you could find a Playstation Vita, while another world could hold the multi-tap from the Playstation 2. At the end of each level, you are greeted with a special sound and view, depending on the world. Then, those artifacts you find are all placed in a Playstation showroom that serves as a museum. Where you can run around and interact with all of the artifacts and also find several easter eggs.

Easter eggs and nostalgia are the special sauce of Astro’s Playroom. Not only are there classic artifacts all over the various worlds, but NPCs are scattered all over reenacting old Playstation games. These easter eggs provide a nice incentive to go exploring around each level and they cover a wide breadth of PlayStation history both big and small. So you may go from seeing an ode to God of War (2018) or Uncharted to beloved indie titles like Journey, Patapon, and LocoRoco. There is such a treasure trove of PlayStation’s over 25-year history here. And it is these little touches that show the enormous amount of love that was put into this game by the development team. Giving you yet another reason to want to find everything it has to offer.

Obviously, the controller is the big showcase of Astro’s Playroom. You can instantly feel the better vibrations with the insane haptic feedback. There’s also tremendous tension created by the adaptive triggers as well. Everything about the controller is an absolute improvement over anything that came before it. There is a section in the game where it starts raining on Astro, who very cutely puts up an umbrella to make sure he doesn’t rust. You can feel every raindrop on your controller as if these light pitter-patters fell all-around your hands. Then once you start running, you feel those vibrations too, completely separate from the falling rain.

Feeling those simple sensations from a controller is truly impressive. On top of that, The sound that comes from the controller adds another layer of feeling to the palms of your hands. The combination of those sensations are maximized by the fantastic sound of raindrops and footsteps coming from the updated controller speakers. Mark Cerny wasn’t kidding around with that 3D audio at all. Gone are the days of the Playstation 4 controller tinny sound quality. All of the improvements showcased just in this game make me super excited for the future of games on this system.

The graphics might be cartoony, but everything just beautifully pops off the screen. The amount of color that comes through in each world is amazing.  Everything is crisp and clear and really looks next-gen in its performance. The hub area allows you to run around and hit different NPCs to make them follow Astro. If you go around and hit them all, it is impressive to see how many different NPCs you can have on the screen at once and have zero frame rate issues to boot.

I never would have thought that a simple tech demo would hook me so hard. Then, there’s the ultimate exception in Astro’s Playroom. A game that is just so much fun from start to finish. And although it has a very short playtime, there are enough Easter eggs and secrets to find that you’ll want to play through it multiple times to find them all. I truly hope that Team ASOBI gets a chance to make a full game for Astro outside of VR on the PlayStation 5 in the future.