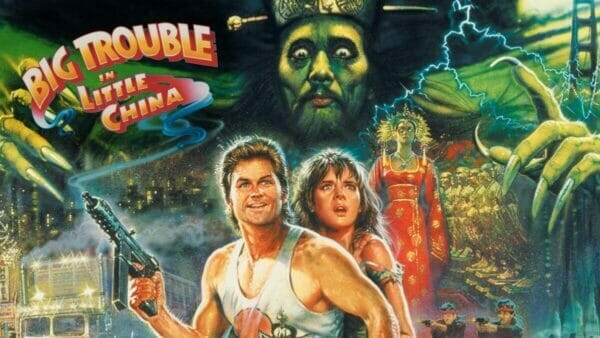 Big Trouble in Little China (also known as John Carpenter’s Big Trouble in Little China) is a 1986 American fantasy martial arts action-comedy film directed by John Carpenter and starring Kurt Russell, Kim Cattrall, Dennis Dun and James Hong. The film tells the story of Jack Burton, who helps his friend Wang Chi rescue Wang’s green-eyed fiancée from bandits in San Francisco’s Chinatown. They go into the mysterious underworld beneath Chinatown, where they face an ancient sorcerer named David Lo Pan, who requires a woman with green eyes to marry him in order to release him from a centuries-old curse.

It’s all in the reflexes! Big Trouble in Little China Review …On Trial!