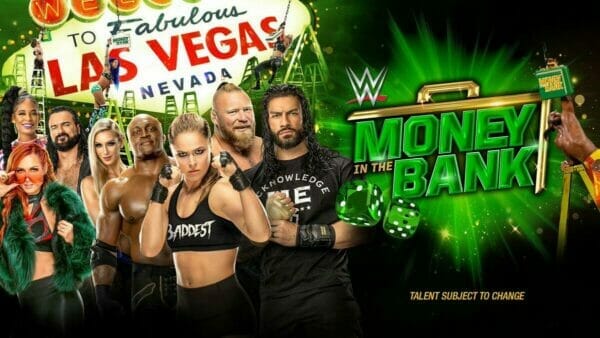 The 2022 Money in the Bank is the ongoing 13th annual Money in the Bank professional wrestling live event produced by WWE. It is held for wrestlers from the promotion’s Raw and SmackDown brand divisions. It is taking place on Saturday, July 2, 2022, at the MGM Grand Garden Arena in the Las Vegas suburb of Paradise, Nevada; it was originally scheduled to be held at the city’s Allegiant Stadium. The 2022 event elevates Money in the Bank to be regarded as one of WWE’s five biggest events of the year, alongside the traditional “big four” of the Royal Rumble, WrestleMania, SummerSlam, and Survivor Series.

Check out more of our Money in the Bank Reviews!

WrestleMania Weekend kicks off with NXT 2.0! Money in the Bank 2022 Alternative Commentary