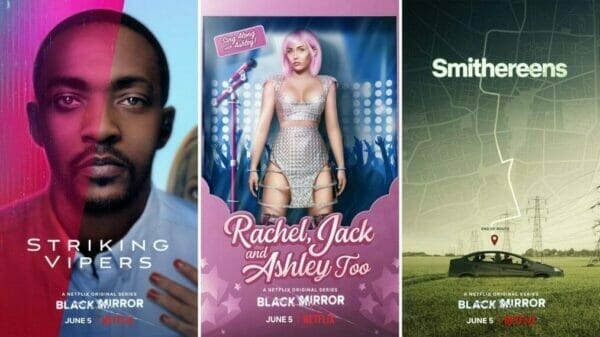 Black Mirror 2019 Season 5 is a British anthology television series created by Charlie Brooker. Individual episodes explore a diversity of genres, but most are near-future dystopias utilising a science fiction technology—a type of speculative fiction. The series is based on The Twilight Zone and uses technology to comment on contemporary social issues. Most episodes are written by Brooker, with heavy involvement by the executive producer Annabel Jones.

Netflix announced the fifth series on 5 March 2018. The complexity of Bandersnatch, which was originally part of the fifth series, delayed production, although Netflix still committed to its release in 2019. The first episode, “Striking Vipers”, had been filmed prior to Bandersnatch. On 15 May 2019, a trailer for the fifth series was released, indicating it would comprise three episodes.