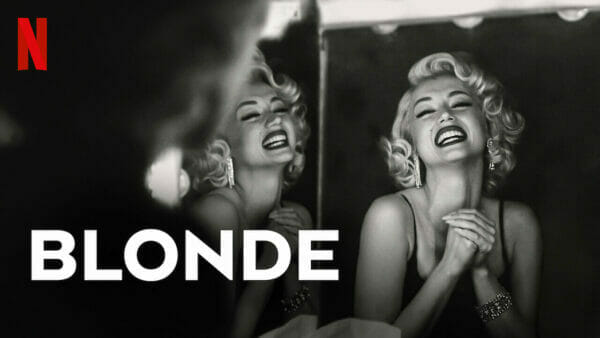 Blonde is a 2022 American biographical film written and directed by Andrew Dominik, based on the 2000 novel of the same name by Joyce Carol Oates. The film is a fictionalized take on the life and career of American actress Marilyn Monroe, played by Ana de Armas. The cast also includes Adrien Brody, Bobby Cannavale, Xavier Samuel, and Julianne Nicholson.

Along with shifting aspect ratios, most of the film is presented in black and white. Dede Gardner, Jeremy Kleiner, Tracey Landon, Brad Pitt, and Scott Robertson produced the film, which, after a lengthy period of development that began in 2010, entered production in August 2019 in Los Angeles. Production wrapped in July 2021, following the COVID-19 pandemic in 2020. The film also garnered controversy and notoriety for its lead casting, graphic sexual content, and status as the first NC-17-rated film to be released via a streaming service.

Check out our other Netflix movie reviews.

Watched by all, seen by none Blonde 2022 Netflix Movie