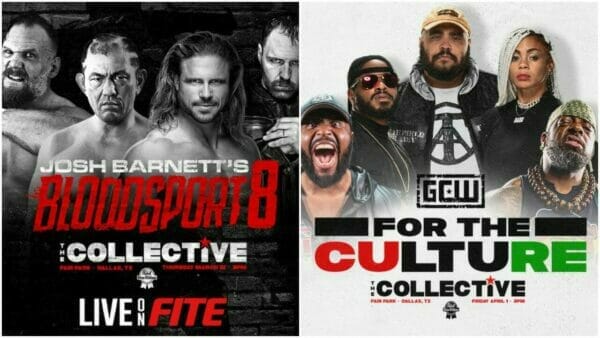 The Indysiders Harry Broadhurst and Mark Radulich are back again and this time they present their Bloodsport 8/For the Culture 2022 Review!

GCW For The Culture 3 event was part of the Collective weekend and took place on April 1, 2022, at Fair Park in Dallas, TX. The event featured pro wrestling stars such as HitMakerz, Shane Taylor Promotions, Bryan Keith, Bill Dixon and more.

Grammarly Ad: 28:30
Amazon Music Ad: 56:45
For a 30 Day Free Trial of head to Amazon Music Unlimited. Make sure you complete the sign up process. And we also have a special offer for Grammarly.