It was tough being a Japanese RPG fan during the 1990s in the United States. The USA releases would be few and far in between. Sure a gamer could import the games, but they would run into three main problems. They would need a Japanese system because the games were region locked, importing was expensive, and hardest of all you had to know Japanese. Fast forward to 2017, the JRPG scene is vastly different. A lot of translated JRPGs get released every month. This is why if a publisher decides to localize a JRPG to the North American market, the game has to be unique and stand out. Developers Aquria tried with Caligula Effect with very mixed results. It is a classic case of being overly ambitious. 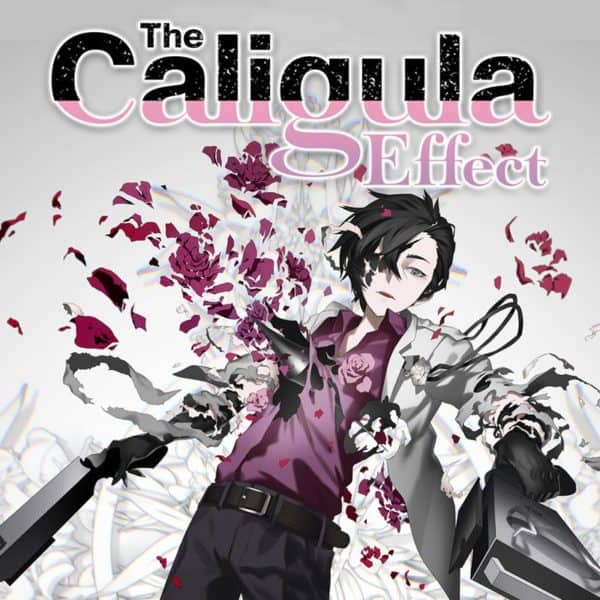 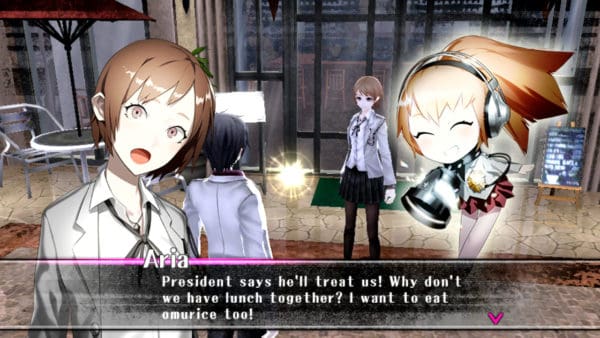 The game begins with the nameless protagonist, a high school student, realizing that there is something not right with the world. Pretty quickly he discovers a group of fellow students dubbed The Go-Home Club that confirm his suspicions. They are stuck in the virtual reality program called Mobious. It’s a place where people escape the pain they are suffering in their lives.

The only catch is, there is no escaping this virtual prison disguised as a high school. The overlord of Mobious is a virtual female pop idol called μ (just think of Hatsune Miku.) She brainwashes the other “students” with music, making them into lethargic zombies that serve her will. They are used as pawns in attempts to stop the Go-Home club from destroying her perfect “paradise.” Can the Go-Home club defeat μ and free themselves from paradise? 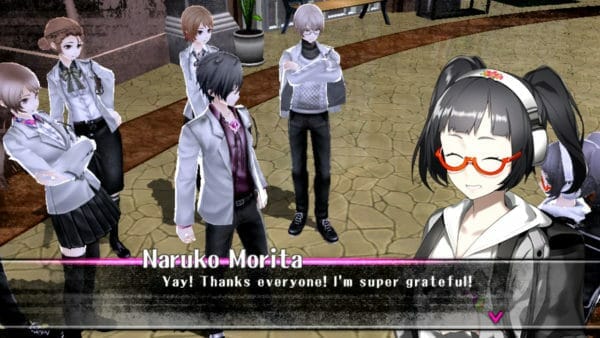 The story, written by Tadashi Satomi of Persona 1 and 2 fame, can be very heavy at times. Something I was not quite prepared for. The overall themes of the fragile human psyche, mental illness, and escapism are themes in many other JRPGs. However, for whatever reason, it still works for Caligula Effect. Sadly the overall story arc is at times nonsensical and a little too light. Thankfully the character beats and revelations are well done. This wound up being my real motivation to beat the game. 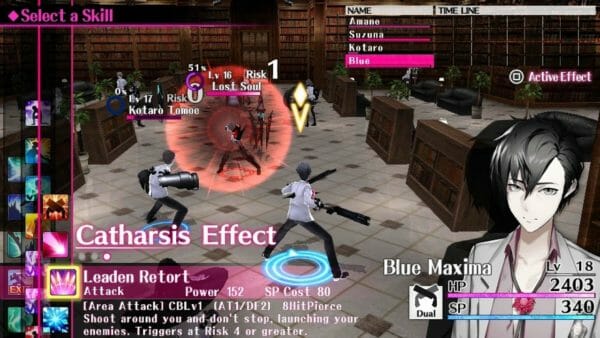 Caligula Effect’s gameplay has one of the most refreshing and original turn-based fighting mechanics implemented in any JRPG. It rewards players who are patient and try to plan out their attacks, instead of bashing the X button. It accomplishes this by using a system that is time-dependent. The fight begins by allowing the player to choose three attacks. You can adjust a slider which determines when the character conducts the attack. You also get a preview that shows what the attack will do damage wise, what happens when the enemy gets hit, and the likely chance the attack will land.

The reason for all of this is because depending on when the attacks are executed, you can combine players attacks. For example, one player may attack an enemy that causes it to fly into the air. Once he’s in the air, that would trigger character 2 to unleash an air assault attack that deals more damage on airborne enemies. Then, character 3 hits an attack that keeps the enemy in the air while the others continue to attack the other airborne enemies. Once the enemy hits the ground, character 4 can hit an attack that deals increased damage to foes laying on the ground. And this is just one round of attacks. It is a great feeling seeing all the attacks come together in a synchronized dance of violence. 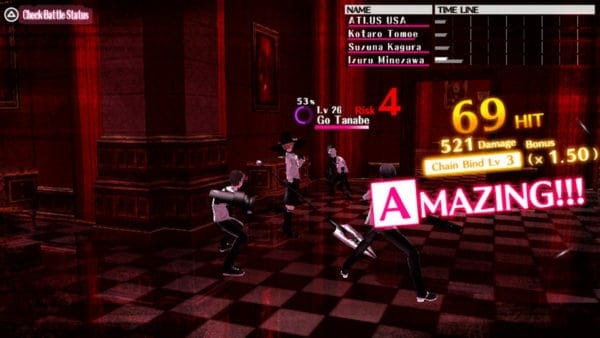 Due to this high level of care in the battle system, choosing the right party members is absolutely paramount. Some characters are limited by the kind of attacks they can do (i.e. only conduct airborne attacks, ground attacks, etc..) Having the right characters for the job helps you execute more powerfully timed attacks. Making the wrong decisions can lead to a quick game over screen. Especially when facing a boss, which are pretty difficult on their own.

They require a complex level of planning and execution. Sadly, the rest of the fights are nowhere even close to that. A majority of the battles against regular enemies are extremely easy. So much so, that it makes playing the game at times a real chore. There is really no point in strategizing because it is a grand waste of time. You can blindly select attacks and will get the same result as if you spent a minute designing your attack plan. 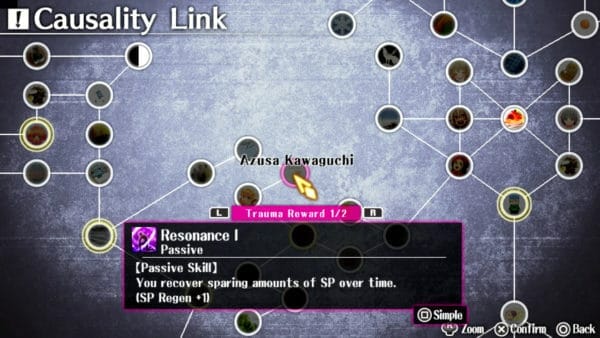 In theory, this sounds great but like most aspects of Caligula Effect, it feels half-baked. This gameplay feature gets very tedious because the dialogue is the same for almost every NPC. After like the first 20 or so NPCs, I lost complete interest in the feature. And subsequently forgot about it for most of the game. 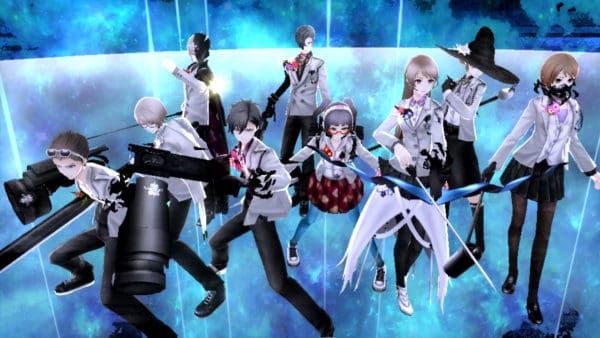 Caligula Effect is not a great looking game. One could make the case that the graphics look this bad and dull because it’s on the PS Vita. But games like Persona 4: Golden and Uncharted prove that developers can make great looking Vita games. The color palette chosen is very bland. The main characters are dressed in black and white with some splashes of color on them. Making them look like modern day emo kids.

Furthermore, the environments don’t really stand out much. The levels themselves are different, but the environments are repetitive. All this combined with the repetitive soundtrack really made it difficult for the game to keep my attention. At first, the music is enjoyable, but after hearing the same song for hours, I had to put my own music on instead.

Regular enemy battles are too easy

Causality link is a dud

Overall Score: 5 out of 10. I feel very torn about Caligula Effect. I can appreciate the fact Aquria tried to bring something new to the genre. The battle system is spectacular. But everything else surrounding the game is very mediocre and feels rushed. The developers tried to do too many things which negatively affected the rest of the game. I hope Aquria goes back to the drawing board and makes a better game using this same system. Cause honestly it deserves better than Caligula Effect.